A tree walk in Gladstone Park 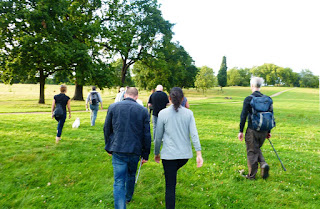 How many trees are there in London? Some estimates say 8 million - almost as many as there are people. A walk through Gladstone Park in Brent with Lawrence Usherwood, the council's principal tree officer, provided an insight into some of them. The park was created in 1901 and named after former Prime Minister William Gladstone, who'd been a frequent visitor to the area. Some of the trees are in fact much older, brought in from nearby Roundwood Park, which had been overplanted by farsighted Victorian arboriculturalists with an eye to other locations. 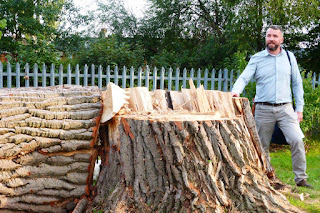 Our first stop was by a much-loved Black Poplar, recently felled because a fungus had been detected on the trunk and it was right by a railway line. Lawrence showed us the fungus (below), which weakens a tree by destroying its interior. The trunk exterior was healthy but there had been concerns the tree would become dangerous. 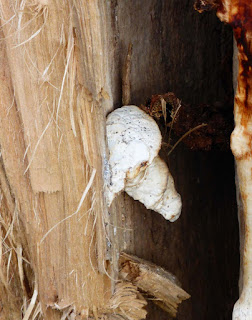 Lawrence, like many park visitors, regrets the loss. He's hoping the fallen trunk will remain where it lies to provide a useful habitat for the park's wildlife. 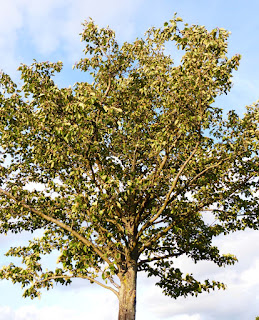 Not far away was a crab apple tree, laden with blossom in the spring and now bearing fruit. It's quite young, but could live for 50 or more years. 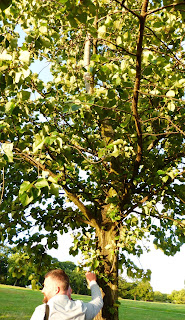 Lawrence also pointed out a Balsam Poplar, so-called because of the smell of the resin that coats the buds at the start of the year. But this being late summer, there was no whiff of it. 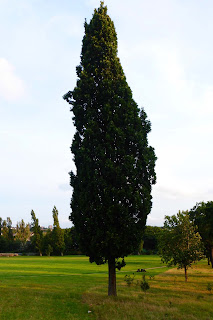 We passed a columnar Fastigiate Oak – so different in appearance from the more familiar English oak - and came to a Swamp Cypress, unusual in that although it is a conifer, it is deciduous. 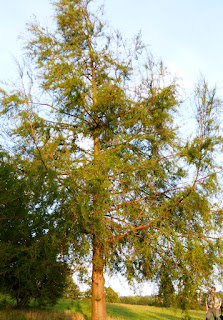 In autumn its fine, feathery needles produce a spectacular seasonal display of red foliage, making the tree look as if it is on fire. Because it likes water, this specimen has thrived next to a boggy patch of the park. To ensure it gets enough oxygen, it grows roots above ground known as ‘knees’ that act as snorkels, carrying air to the submerged roots. Nearby a frog was crouching, waiting for us to pass. 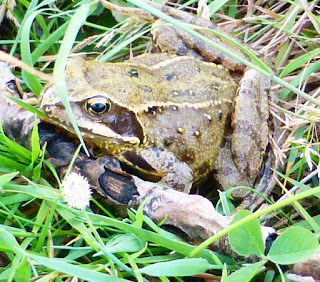 As we came up on the park’s ridge, with a magnificent view of London in the distance, Lawrence told us about elm trees and the Dutch Elm disease that has wiped out 25 million of them. 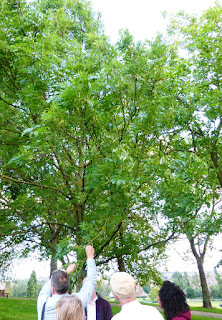 It arrived in the UK in 1927, with a further, much more serious outbreak starting in 1967. It’s spread by bark beetles, and we were given a graphic description of the efforts made to contain this: cutting down and destroying trees, clearing the land and creating quarantine areas. Fortunately a new variety has been developed, New Horizon, that is resistant to the disease. It’s a cross between a Japanese and a Siberian elm, and is starting to be available in the UK. 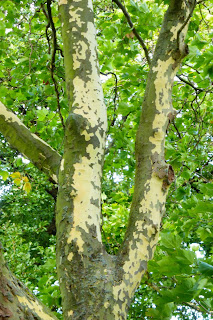 Our final stop was by one of the park’s many London Plane trees, a favourite because of their ability to absorb pollution in the bark. This then falls away, leaving a distinctive camouflage pattern. They’re a cross between the Oriental Plane and the American Sycamore, and the hybrid was discovered by John Tradescant the Younger in the mid 17th c. in his Lambeth garden, where the two parent varieties, brought back from opposite sides of the world, were growing. The oldest ones in London are believed to be those planted in Berkeley Square in 1789. These ones in Gladstone Park, which form avenues along the winding paths, are not so ancient. They and the rest of the park's many trees should be providing shade, shelter and homes for wildlife for many years to come. 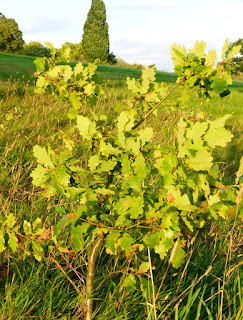 /https://www.brent.gov.uk/services-for-residents/sport-leisure-and-parks/parks/park-finder/gladstone-park/
Posted by sandra at 18:46:00 No comments: 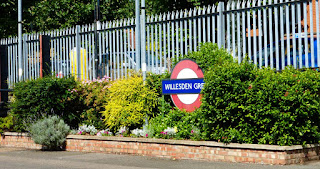 The plans for London’s Garden Bridge may have been jettisoned, but passengers on the northern section of the Jubilee line can enjoy some greenery on their commute - plant-loving volunteers have turned Willesden Green tube station into a mini-oasis. 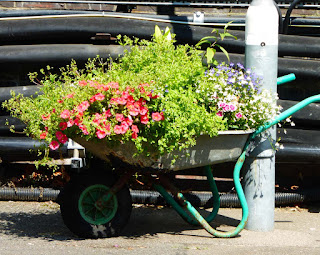 The platforms are bedecked with flowering planters. Even a wheelbarrow has been pressed into service. 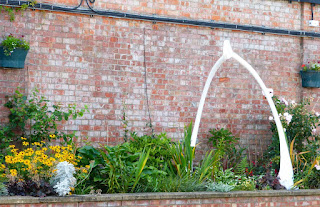 Willesden artist Kevin Vincenzo Keating has created a Wishbone sculpture for one of the flower beds, and against all odds, the espaliered apple tree seems to be thriving. 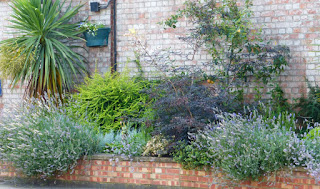 On Sunday, August 20, from 4pm to 5.30 pm, there will be free guided tours of the platforms by some of those involved in the transformation, plus a chance to buy home-made cakes and maybe some little gifts. All proceeds will go to the continued greening of the area. 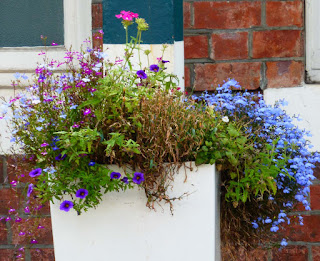