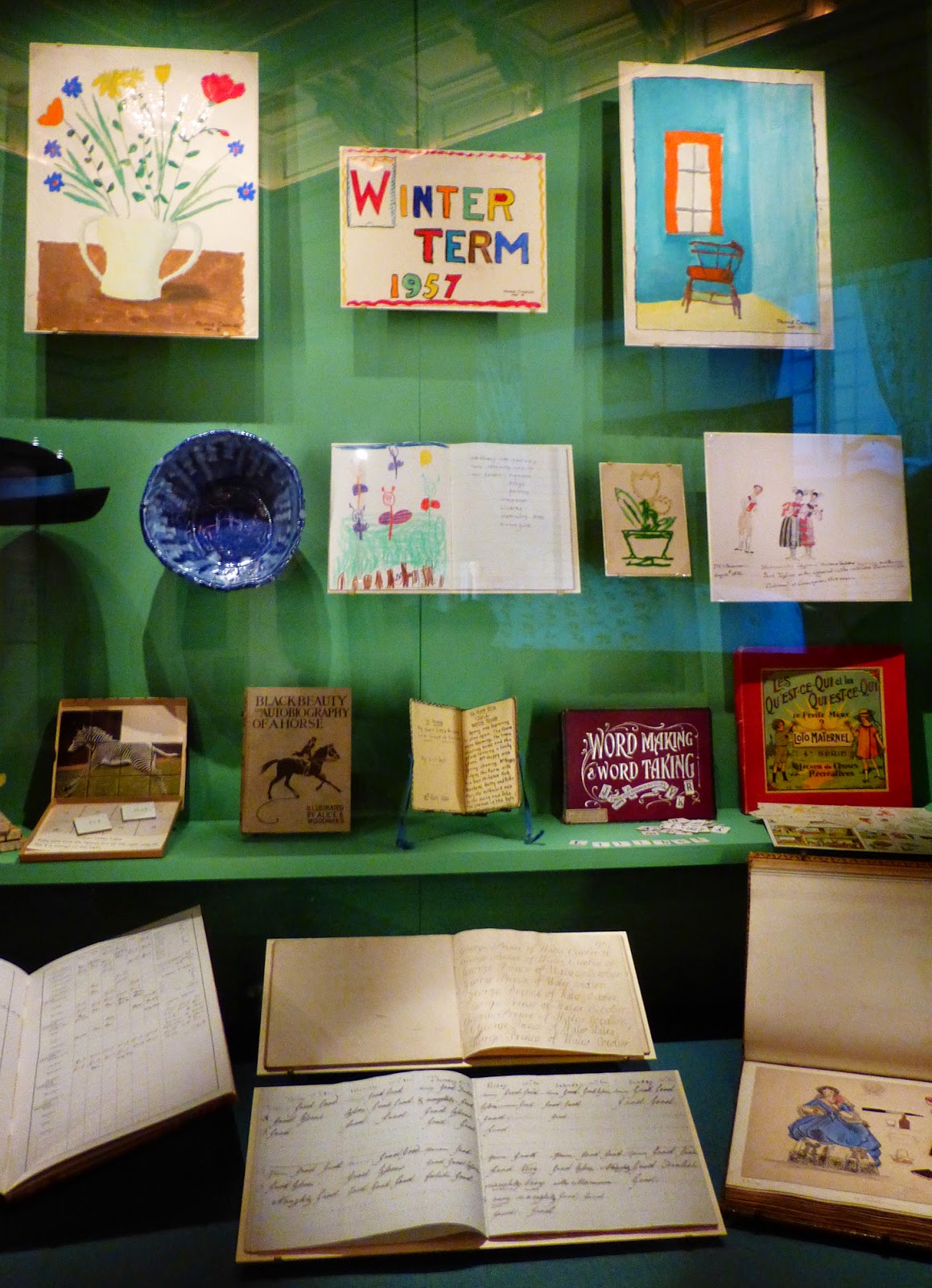 With Prince George having just celebrated his first birthday, it’s fitting that this year’s summer exhibition in the State Rooms of Buckingham Palace is all about royal childhood.
The display covers 250 years and nine generations. There are well-loved toys, treasured family gifts, outfits and books that give an unprecedented glimpse into life as a young member of the royal family. Previously unseen happy family photographs and home movies, some shot by the Queen herself, provide the background.

There's an interesting collection of school work (left). The oldest item is the handwriting book of the future George IV, dating from 1767, when he was five. You can compare its copperplate formality to the colourful work in Prince William’s geography exercise book (centre), done at a similar same age in 1987. There are also drawings by an 8-year-old Prince Charles (top), an impressive blue glazed bowl made by Prince Harry when he was 11, and some of the Queen’s books and learning games.
The royal family kept records of their children's growth and development.  A “progress book” sheds light on Queen Victoria’s behaviour in the schoolroom. Comments range from “Good” to “Very thoughtless and Foolish” and “Very Impertinent”. Her lessons would have included embroidery and knitting – on display is a beautiful pink and cream woollen blanket she later crafted for her great granddaughter, Princess Alice. Beside it is the modern alpaca baby blanket given to Prince George last year by President and Mrs Obama. 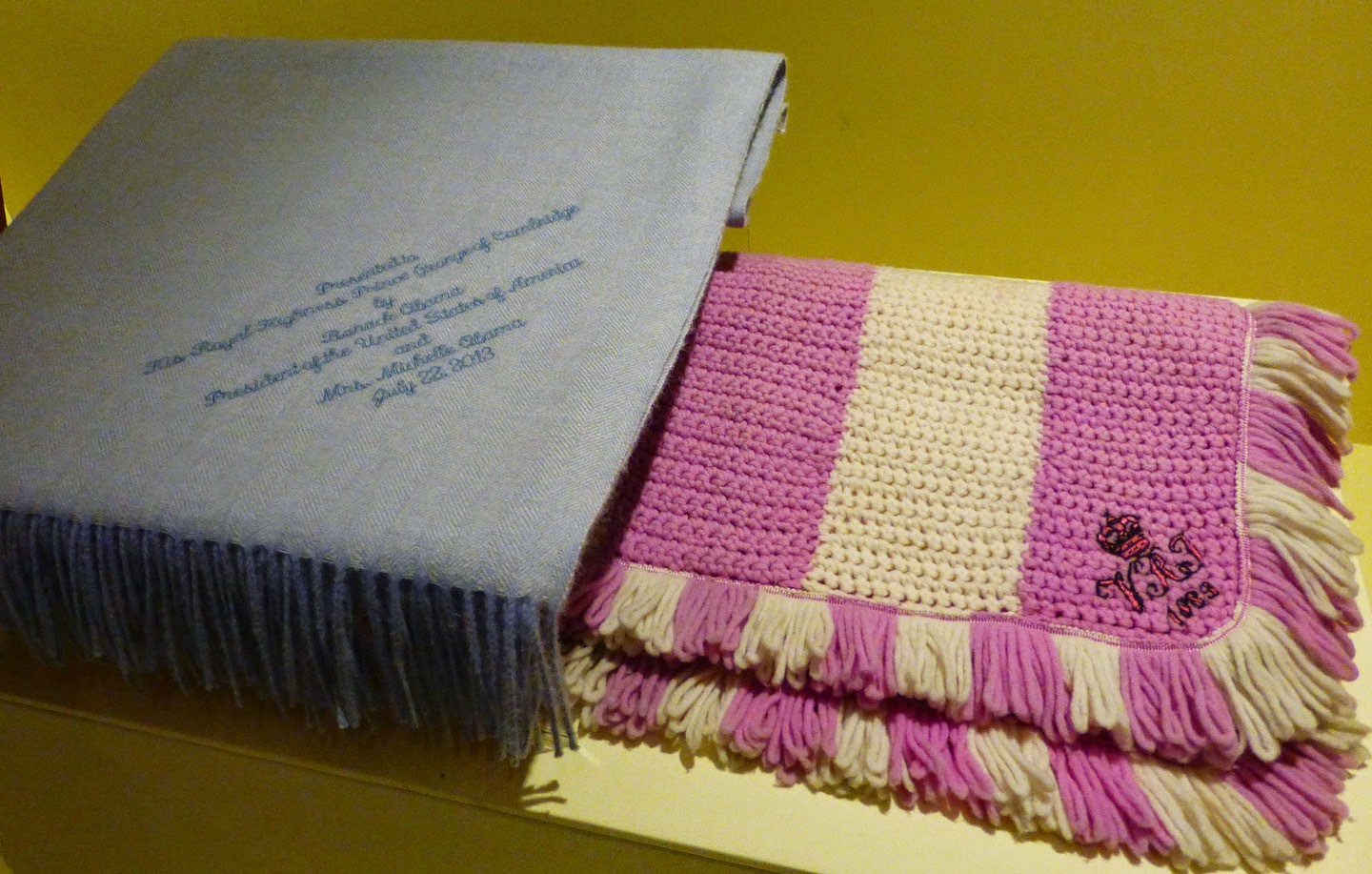 Of the clothing on display, most was made for special occasions, and carefully looked after.

These velvet walking suits date from around 1868 and were worn by the future King George V. The christening gown in which Prince George was seen last year is on show, along with the easel carrying the announcement of his birth. 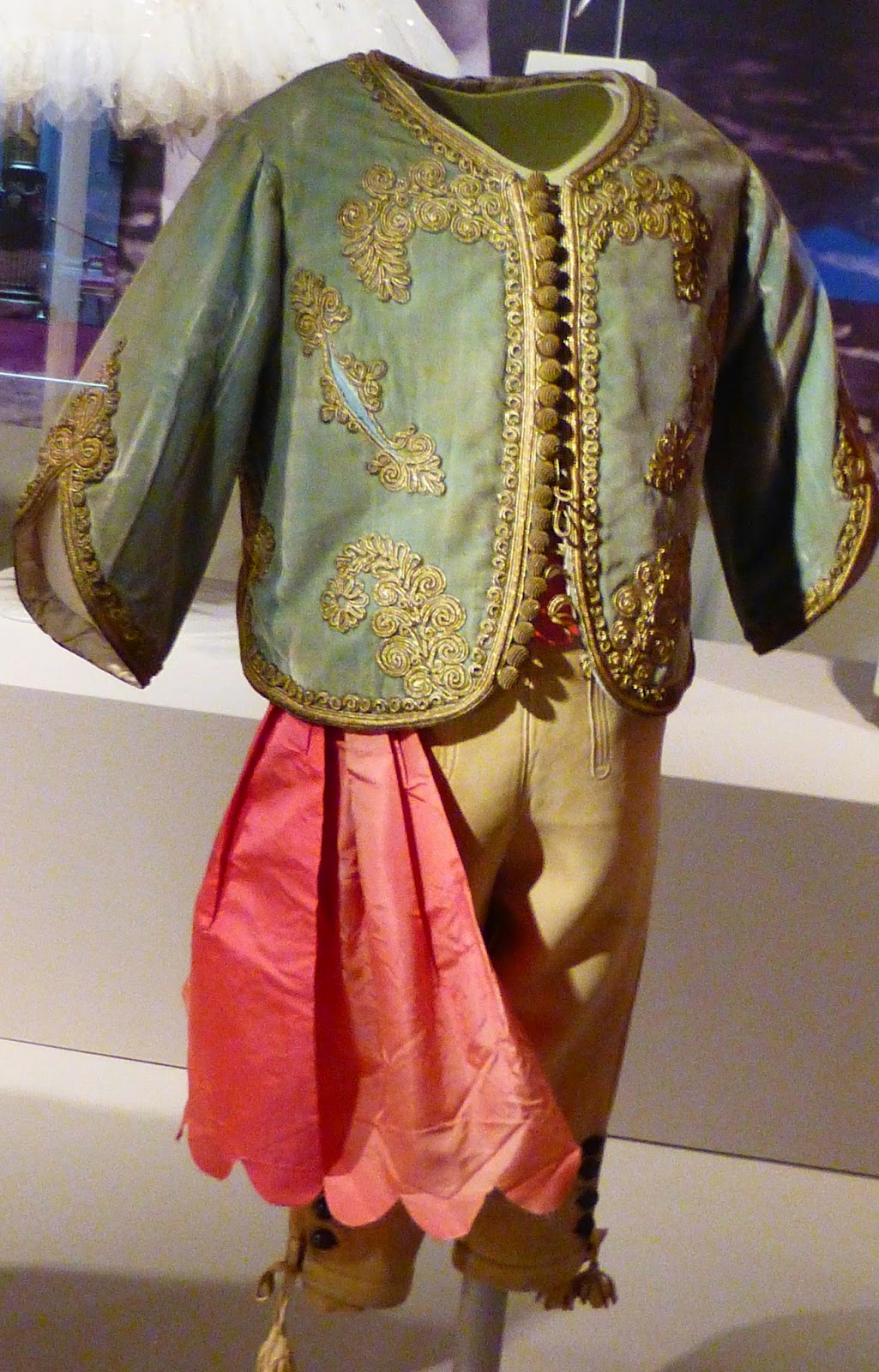 In common with all youngsters, royal children enjoyed dressing up.

This Turkish-style suit worn by Albert Edward, Prince of Wales, from around 1845 is in front of a fairy costume, decorated with sequins and tinsel, that belonged to Princess Anne. 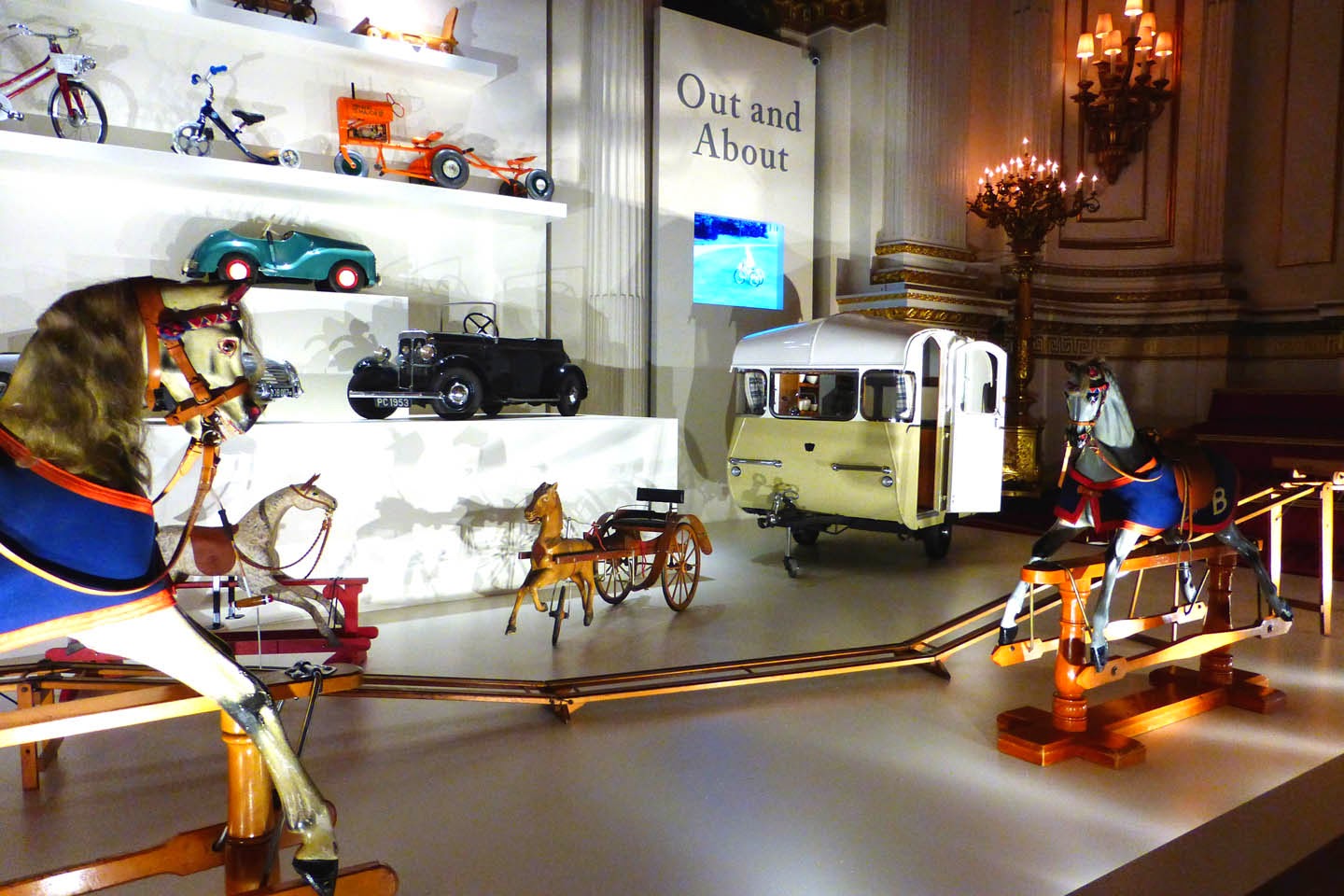 Playthings are an essential part of childhood, and the Palace ballroom is given over to an impressive four-metre-high display of toys. There are rocking horses, train sets, a miniature caravan presented to Prince Charles and Princess Anne in 1955, a donkey-drawn barouche used by Queen Victoria’s grandchildren and, for a young Prince Andrew, a little replica of the DBS used by James Bond in Goldfinger and Thunderball. It has rotating number plates, a pop-up bullet-proof shield, working smoke screen and electric water jets hidden in the rear reflectors.

Proof that these toys were used and enjoyed comes from the many film clips and photos showing young royals at play and with their parents.  In one, Prince Philip is joining in his children's fun, pedalling hard on a little tricycle, alongside Princess Anne on her bike, closely followed by Prince Charles on an orange toy tractor.  It’s a reminder that although Buckingham Palace is the setting for the Queen's official work, it’s also a family home, and has been since bought by George III in 1762.
Royal Childhood is part of a visit to the summer opening of Buckingham Palace, which runs until September 28, 2014.
www.royalcollection.org.uk