The last time I visited Stanmore Country Park, there were carpets of bluebells under the trees. At the moment its Wood Farm area is bedecked with interwoven wild flowers and grasses – a stunning carpet that would rival anything in a show garden. 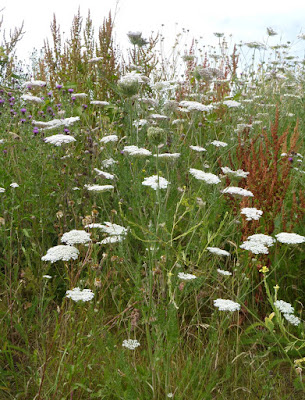 We followed the marked nature trail path up to the higher ground where the trees give way to a meadow with yarrow, vetch and thistles of all colours. 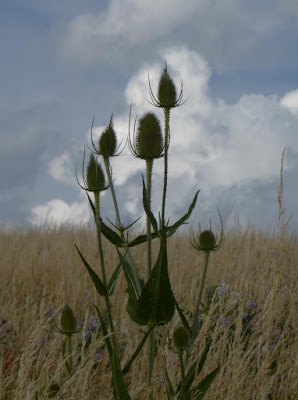 A touch of drama is added by teasels. 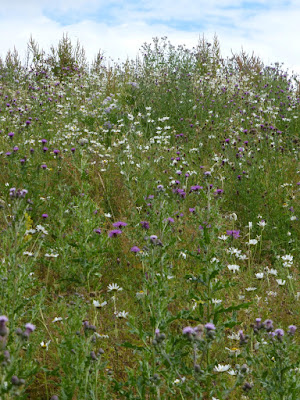 Among the wild flowers beside the paths are hundreds of daisies. 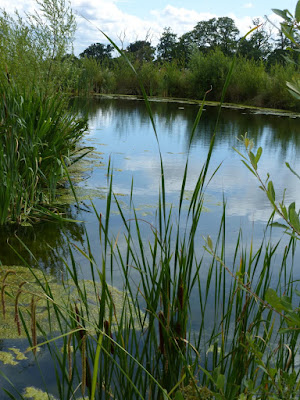 A lovely surprise near the path we followed was the discovery of an almost-hidden pond, the still water reflecting the scudding clouds.

The high point - literally - was the viewing area on the ridge, where a panorama of London stretches before you. A detailed plaque points out landmarks such as Alexandra Palace, the Shard, Canary Wharf and the Gherkin. Even the Heathrow control tower to the west is identified. In the far distance you can just make out Box Hill and the North Downs. 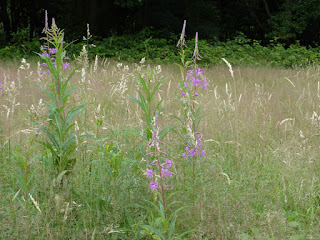 Returning to Stanmore station, there were swathes of delicate flowers underpinned with frothy grasses. And I thought: who needs a garden designer when nature does it so well?
http://www.harrowncf.org/SCP_home.html