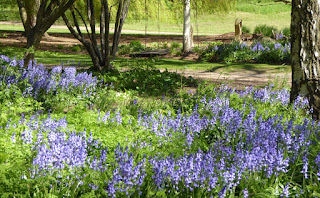 Spring is a perfect time to visit Syon House and Park, beside the Thames in west London. Native bluebells carpet the ground beneath the trees, cowslips and primroses peek through the grass, red and pink camellias and white magnolias are still in bloom, and there's blossom everywhere, yet the whole estate is still surprisingly tranqil and uncrowded. 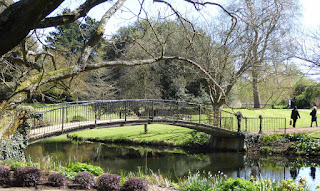 A walk beside the lake designed by the landscape artist Lancelot ‘Capability’ Brown takes you past Syon’s finest trees, the fresh green of their tiny new leaves allowing the sun to filter through. 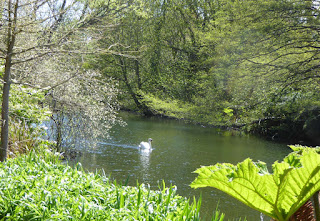 The viewing platform in the Duke’s private woodland looks across the lake to a statue of Flora, goddess of flowers, on top of a 55ft Doric column (below). By the water's edge gunnera leaves are starting to unfurl, surrounded by the stilt roots of swamp cypresses. 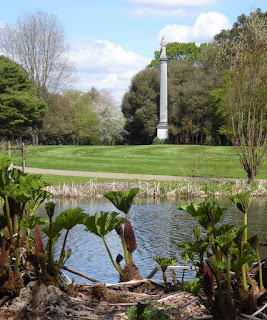 This year is the 300th anniversary of Capability Brown’s birth, and Syon Park was one of his first major commissions. Working for the 1st Duke and Duchess of Northumberland, who had inherited the Percy estate in 1750, he swept away the grand formal French-style gardens, replacing these and adjoining farmland with newly-fashionable open views and ornamental lakes. The house itself was dated and in poor condition, having its origins in a Bridgettine Abbey founded in 1415. The Northumberlands brought in architect Robert Adams, who created some striking classical interiors, including the Great Hall (below) and filled them with antiquities shipped from Italy. 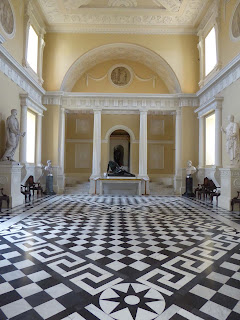 The Northumberlands and their descendants moved in the highest circles. A series of State Rooms were created, including a grand dining room (below) 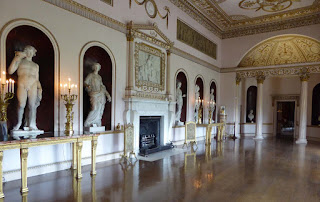 and a suite of bedrooms for the use of Princess (later Queen) Victoria and her mother, who were frequent guests  - Duchess Charlotte Florentia, wife of the 3rd Duke, was the young royal's official governess. 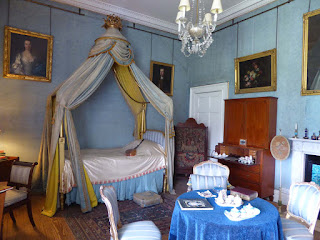 Interestingly, Victoria’s bed, decorated with blue silk (above), is much smaller than her mother’s, but both have three mattresses – the lower one of straw, the second of horsehair or wool and the top layer filled with chicken or goose feathers.

Hugh, the 3rd Duke (1817 – 1847), reworked the exterior of the house, cladding it in Bath stone. Exceedingly wealthy, he was interested in horticulture, and as exotic trees and shrubs were brought back from around the world by plant hunters, he had the beautiful Great Conservatory – the centrepiece of the gardens – built to house the more tender specimens. By the 1880s palms and giant bamboos grew to the top of its dome. 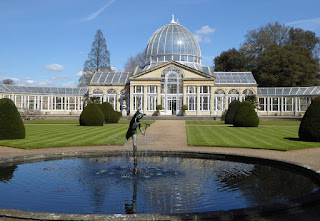 In 1986/7, the building was extensively restored, and is now in demand as a setting for weddings and other events. But go inside and look up to the delicate glazed roof. Carefully trained on wires beneath is a reminder of the 36 vine cuttings Syon shipped to Sydney in 1832 to help found the Australian wine industry. 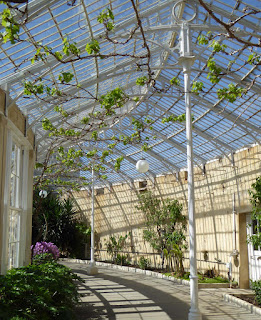 Today, the house and garden welcome visitors from mid-March to the end of October, and there’s an extensive Wyevale nursery with plants that Capability Brown and his successors could only have dreamed of. Be aware that the courtyard of the adjoining restaurant often has an unusual guest – a Harris hawk, trained to frighten off (though not harm) opportunistic pigeons. 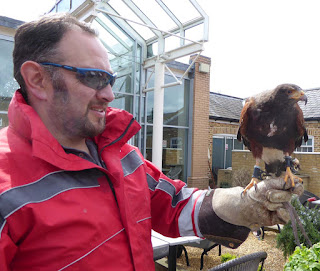 For opening hours and admission prices:
http://www.syonpark.co.uk/
Posted by sandra at 22:19:00 No comments:

The City of London's hanging garden 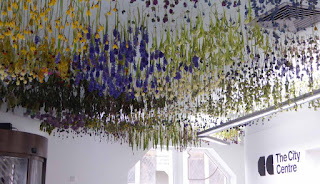 For its first exhibition, the new City Centre gallery in Basinghall Street is celebrating the rich diversity of the 200 (yes, that’s right) open spaces in the City of London. Artist Rebecca Louise Law has entwined fresh flowers with copper wire and suspended them from the gallery’s ceiling, where they are gradually drying. 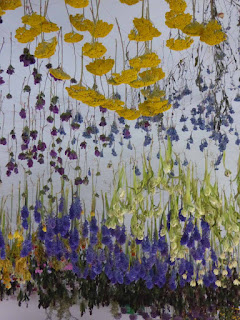 The installation, “The City Garden”, uses blooms that can be found in 34 surrounding gardens, from achilleas to roses.There are also two short films of City gardens and a free map with a walking tour that will take you round green spaces ranging from church gardens such as Christchurch Greyfriars and St Dunstan in the East to contemporary havens like Professor Nigel Dunnett’s Beech Gardens in the Barbican. And if you save the map, also listed are the gardens planned for London Wall Place, not due to open until 2017.

The exhibition is open Monday - Saturday, 1000 - 1700 and runs until September 25, 2016. Entrance is free.
Visit on a Friday or Saturday and you can also see the City Centre’s model of the Square Mile.
The City Centre, 80 Basinghall St, London EC2V 5AR
www.thecitycentre.london
Posted by sandra at 19:23:00 No comments: