It’s just over a month now since I sowed some Gardener’s Delight tomato seeds from Kings Seeds in my mini-propagator. Half went in some standard compost from the garden centre, and half in some peat-free SilvaGrow from Melcourt. 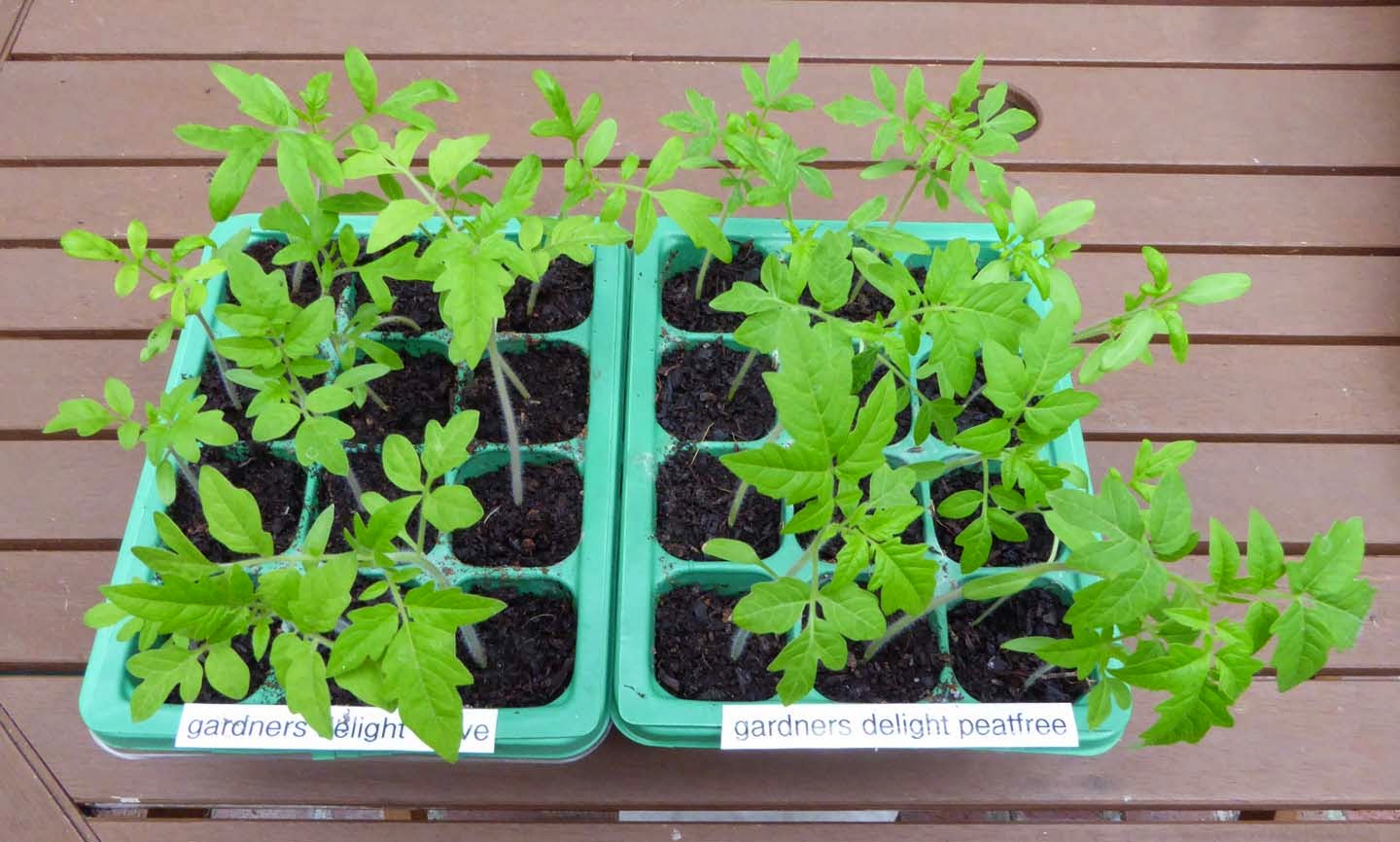 The seeds all germinated within a week and at first (above) were  neck and neck. 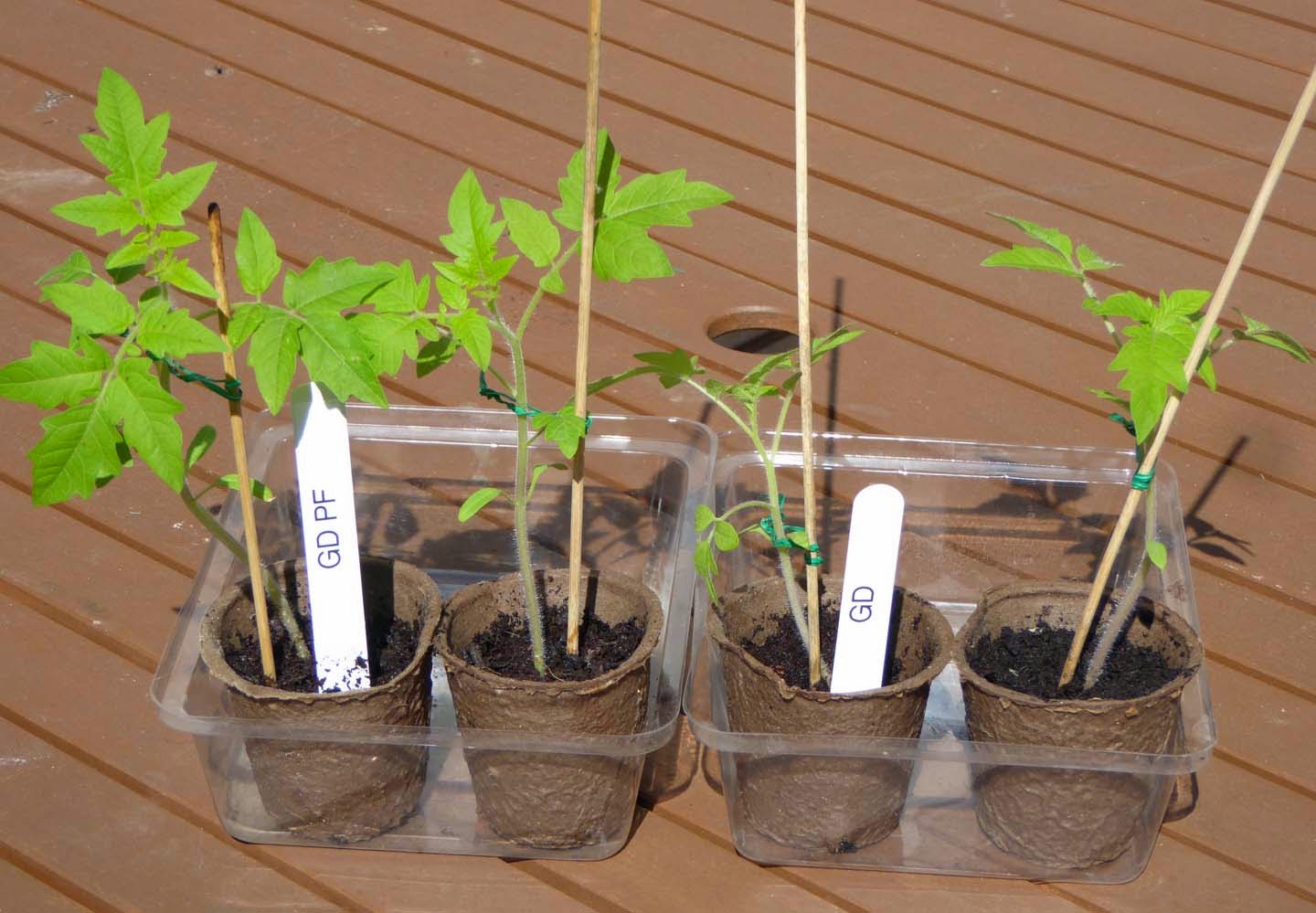 But now I can report that the ones in the SilvaGrow (the two on the left in the photo above) are noticeably sturdier and taller. (It's the same for the rest of the seedlings, but they wouldn't all fit in the one photo.)  So well done to the SilvaGrow producers, Melcourt. Up until now their sustainable compost has been available only to professional growers, but now home gardeners can buy it too. Also in the propagator were something new for me - Tigarella (Mr Stripey) seeds from Thompson  and Morgan, which apparently crop three weeks earlier than Moneymaker. Everything has now been potted on and the kitchen bench and windowsill are covered with plants, waiting for some warm weather.
I need early croppers as my London garden doesn’t have a greenhouse. But last week I came across a vision of what might be achieved if I could squeeze one in. It was at a major exhibition at the Dulwich Picture Gallery of work by the artist and designer Eric Ravilious (1903 – 42). Among his charming and detailed watercolours was this one of a greenhouse in Firle, East Sussex. 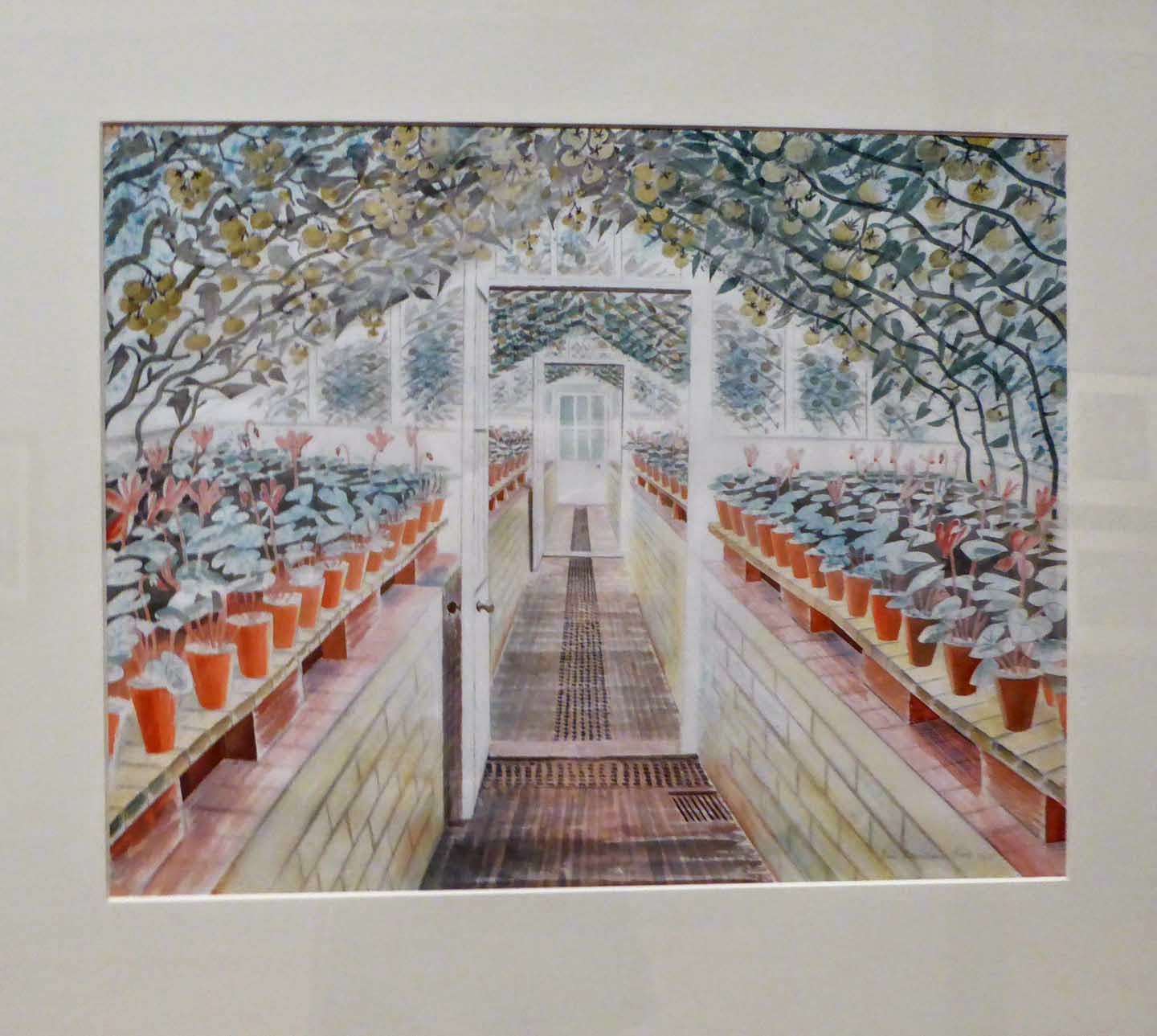 Greenhouse: Cyclamen and Tomatoes was painted in 1935 and shows a bumper harvest. Dozens of cordons of yellow tomatoes march up the glass walls and along the inside of the roof in orderly rows, trained to make the most of the sun. You can almost smell the damp compost mingled with that of the foliage. There’s no knowing what variety they were, but that summer in Firle, plump, juicy tomatoes must have featured in every meal. 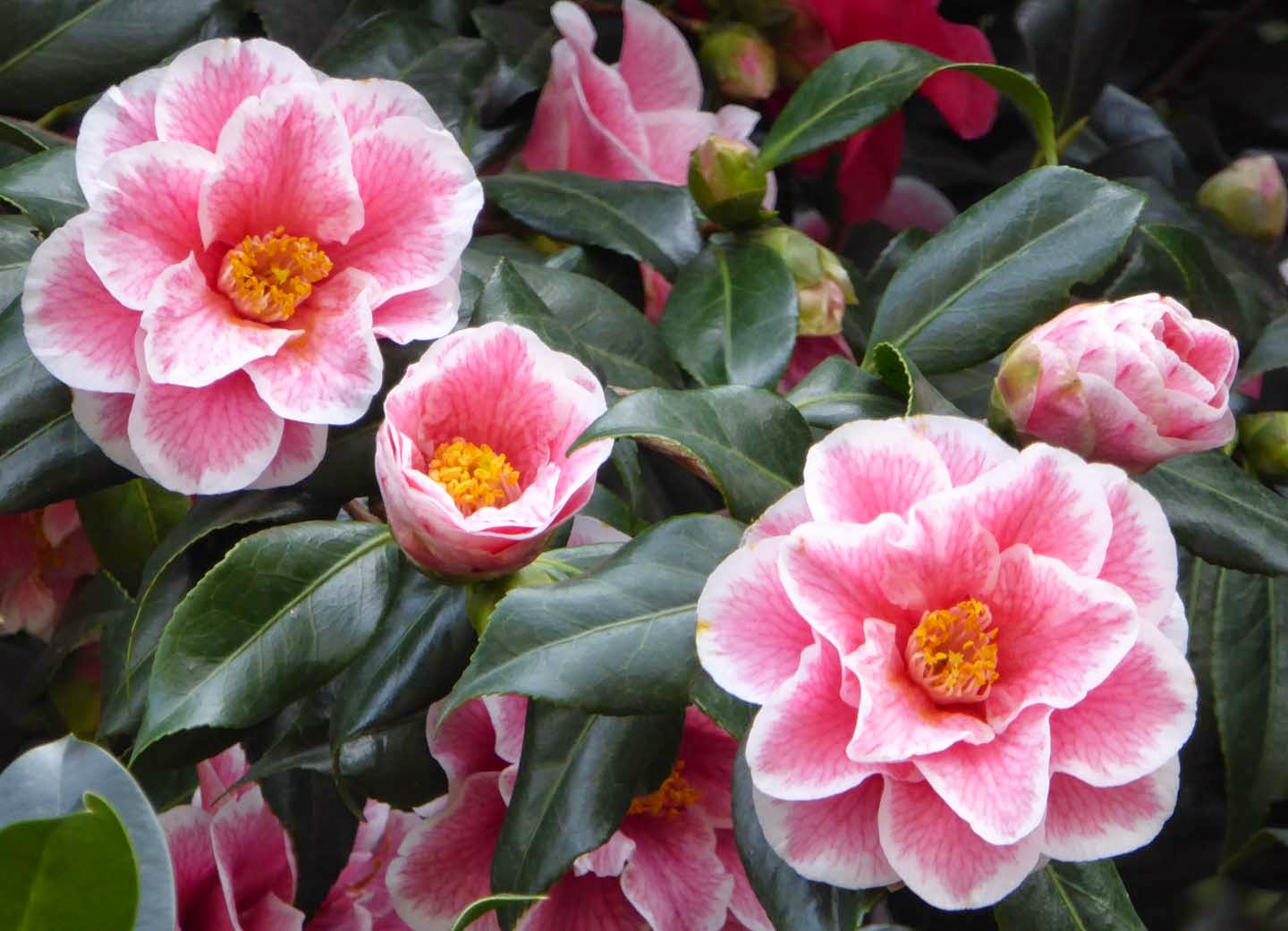 A date for your diary:
April 17 is the UK’s first-ever National Open Gardens Day. Places that usually charge for entry or are closed to the public are opening their gates for free on that day, to give as many people as possible the chance to visit them and be inspired.
The Royal Horticultural Society is kick-starting the campaign with its four amazing gardens – Wisley in Surrey, Hyde Hall in Essex, Rosemoor in North Devon and Harlow Carr in North Yorkshire. Some RHS partner gardens, National Gardens Scheme gardens and many more are also opening free on that day. See http://www.nationalgardeningweek.org.uk/National-Open-Gardens-Day;-17-April.aspx

It’s all part of National Gardening Week (April 13 – 19). Launched four years ago by the RHS, it has since grown into the country’s biggest celebration of gardening. There are talks, walks, and of course, lots of wonderful parks and plants to see.
More details at http://www.nationalgardeningweek.org.uk/
Posted by sandra at 20:27:00 No comments: