Last summer I tried growing strawberries both in a grow-bag and in a traditional pot. Both produced the same number of fruits, but the grow-bag ones were much bigger. 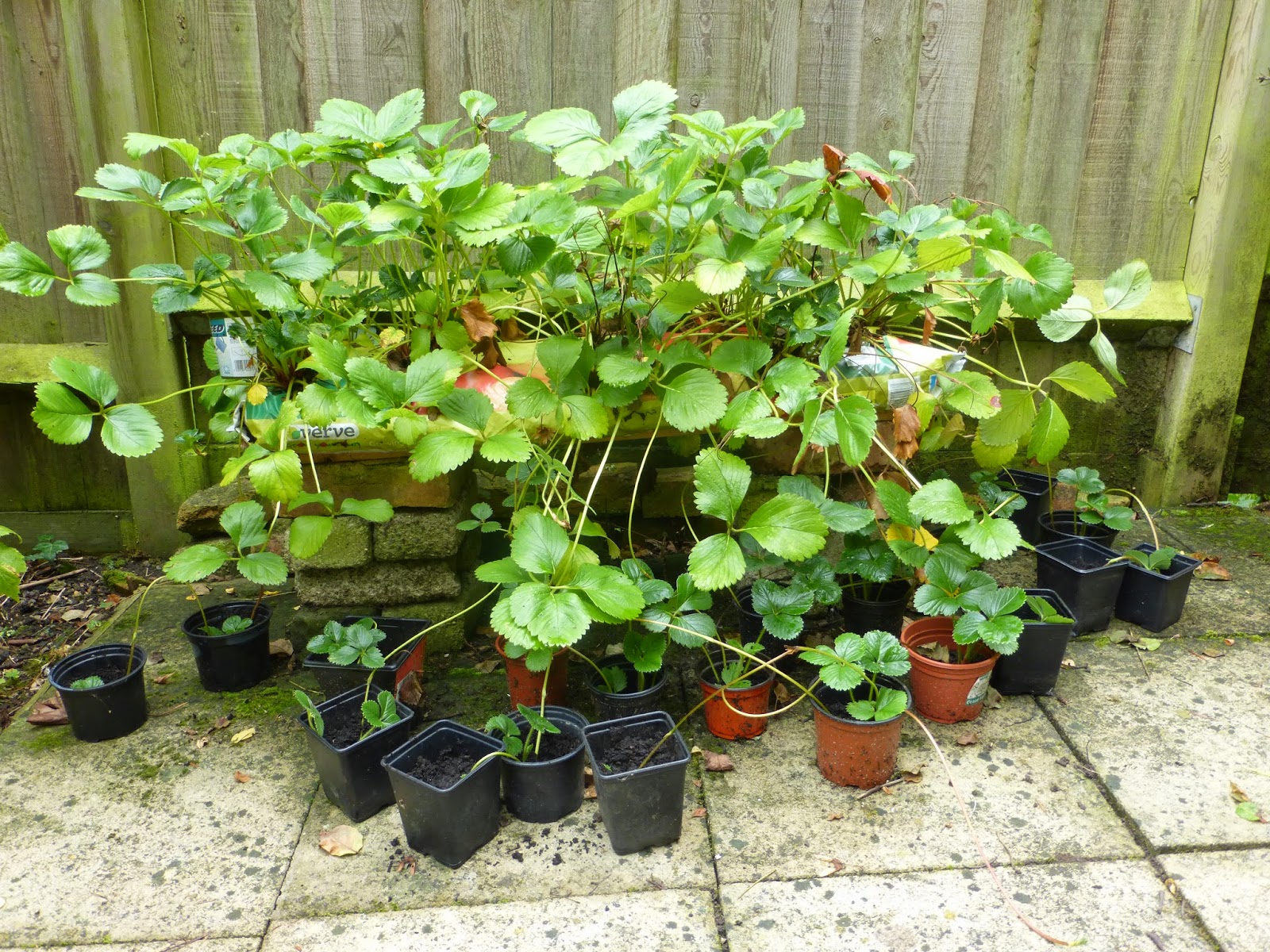 This year I’ve been watching for strawberry runners – the long shoots from which sprout baby plants that can be used next year. Again, the grow-bag has won. As you can see above, it’s now surrounded by more than 20 little strawberry plants, already potted up. 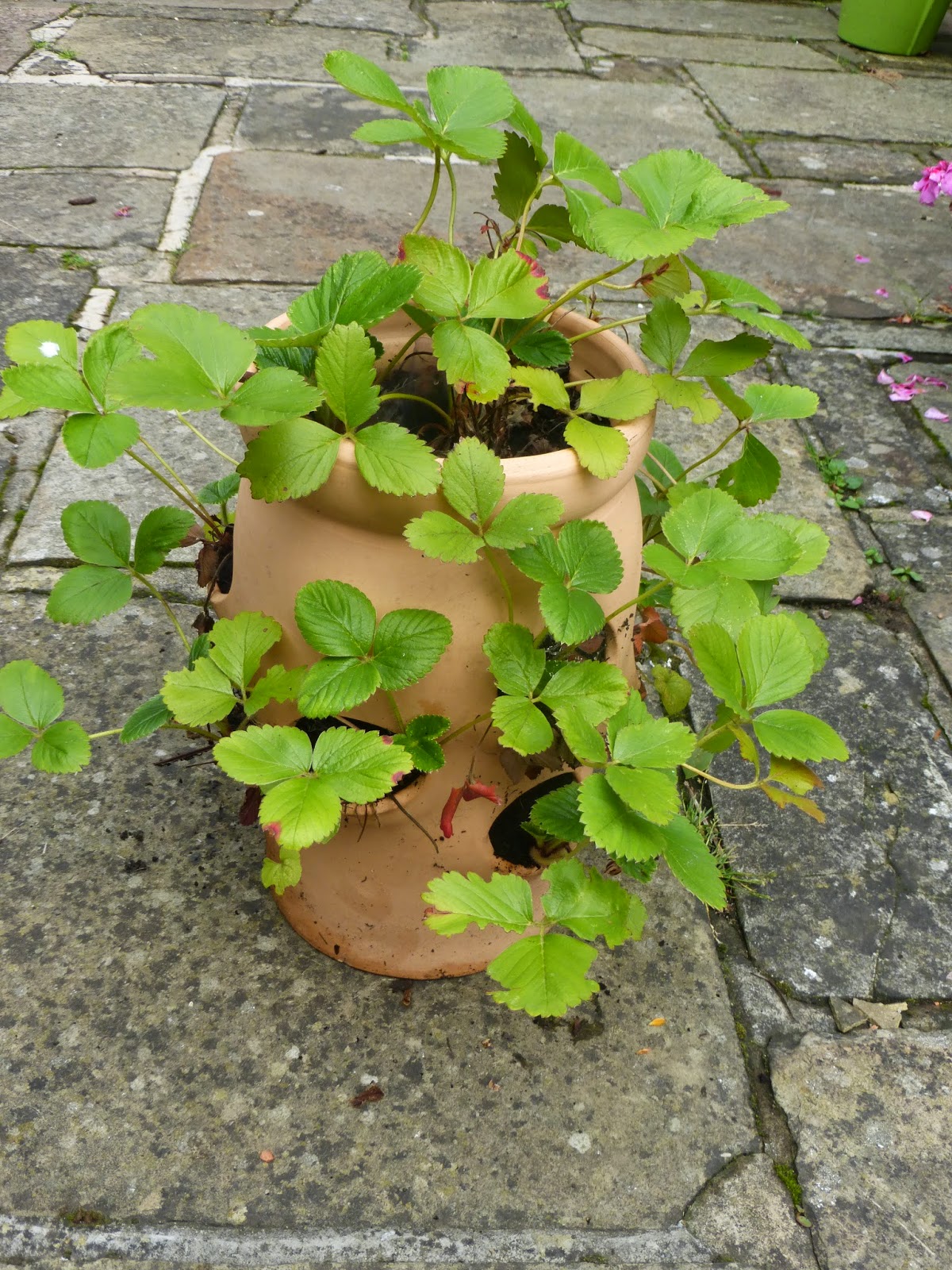 By contrast, not a single runner has emerged from the traditional strawberry pot. I can only think that by the end of the season, the growbag still contained sufficient nutrients to safeguard the plants’ future, but the compost in the smaller pot was exhausted. Any thoughts, anyone???
Posted by sandra at 23:14:00 No comments: