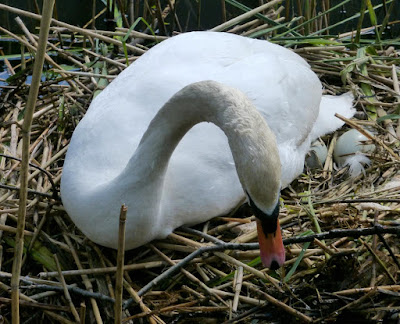 Spring really was in the air for this section of our Lea Valley exploration, from Broxbourne to Rye House. The sun shone all morning, and just outside Broxbourne we stopped to admire a multi-tasking swan, busy improving its nest while still incubating the eggs. 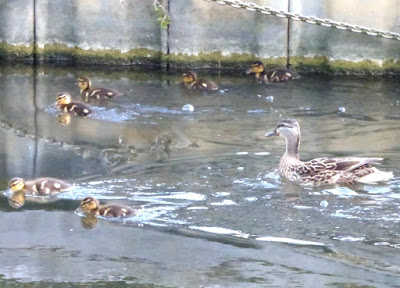 Out on the water, mother birds whose broods had already hatched were introducing their offspring to the world. 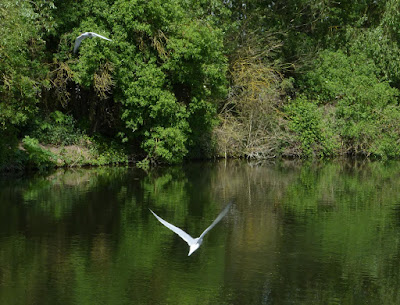 Further along, newly-returned Common Terns swooped and dived into the river with balletic grace. 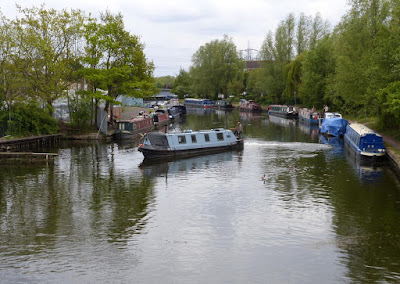 This beautiful stretch of waterway, which includes the junction with the Stort Navigation, was busy with boats moving to new moorings or being spruced up ready for summer. 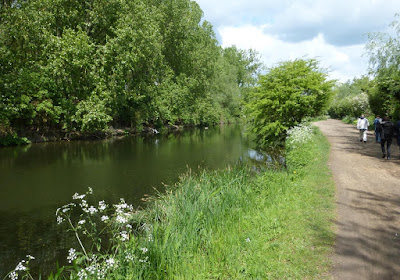 As we walked along, we saw blossom everywhere, attracting the butterflies. At one point we heard a thrush singing. 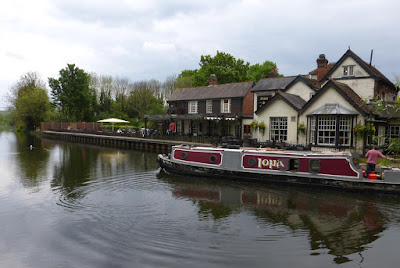 Lunch was at the Fish and Eels pub at Hoddersdon, which dates back to the 1800s and has had many landlords over the years, including, in 1906, the Rev Samuel Thackeray, who took to innkeeping after being defrocked. 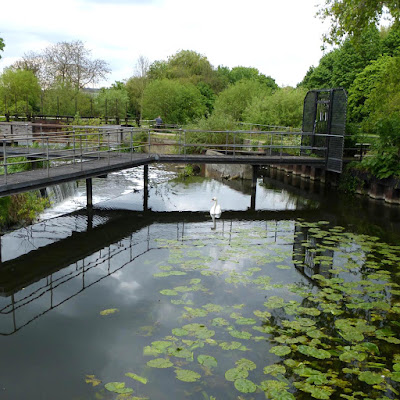 After lunch we made our way past Dobbs Weir (above) and on to Rye House Gatehouse. 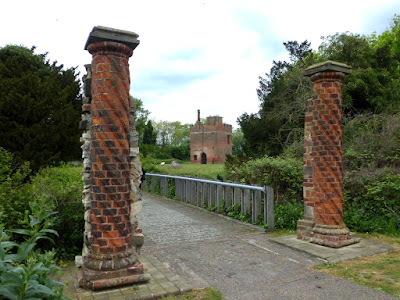 This is all that remains of a once-splendid moated mansion that was built in 1443 by Sir Andrew Ogard, and was one of England’s first brick buildings. 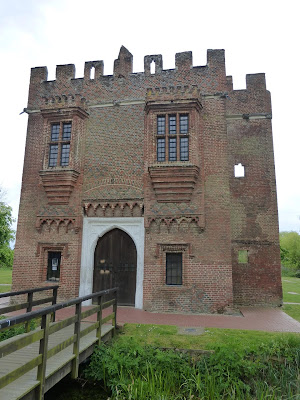 It’s adorned with crenelations, barley-sugar twist chimneys and a row of faces that look down from the base of the parapet. 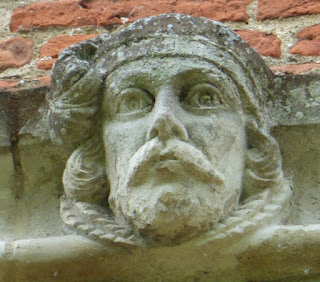 At one time the home of the family of Catherine Parr, the last of Henry VIII’s six wives, in 1683 it was the centre of a plot to assassinate Charles II and his brother James. They were due to pass the house after attending a race meeting at Newmarket, but the plot was discovered. The ringleaders, who’d feared the royal brothers might return the country to Catholicism, were arrested and executed. Today, the outline of the house is recorded in brick in the grounds. The gatehouse is sometimes open (details below) but not on the day of our visit. 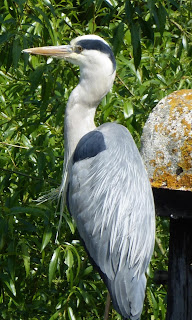 By mid-afernoon, the sun had vanished so, with a last glimpse of the many birds and the blossom, it was back across the river to Rye House station, and the train home. 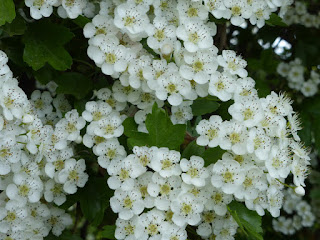 https://www.visitleevalley.org.uk/en/content/cms/nature/gardens-heritage/rye-house-gatehouse/#plan-a-visit
Posted by sandra at 23:30:00 No comments: