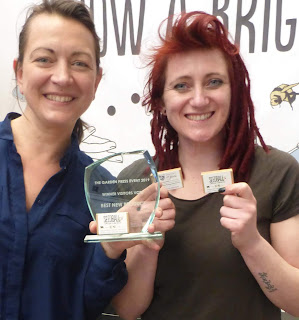 A range of matchboxes containing wildflower seeds has been voted this year’s best new product at the Garden Press Event in London. Receiving the award were Dr Emily Lambert, co-founder of the company, Seedball, and Operations Manager Mika Underwood (left).
A tiny product, but a great idea. Inside each box are six seedballs, each a mini eco-system, containing about a hundred seeds (chosen to encourage bees and butterflies), peat-free compost, nutrients and minerals, all protected by an outer coating of clay. No fiddly planting or germination is needed – just scatter the 1cm balls on the ground, or in a pot or windowbox, and watch for the blooms to appear. Mika says as well as being a perfect little gift, the boxes can also be personalised for a wedding or party favour (below). 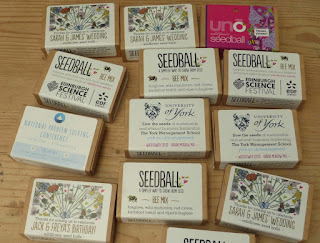 From £1.80. Stockists include Kew, the National Trust, Highgrove and Notcutts, Clifton Squires and Petersham nurseries.
https://www.seedball.co.uk/ 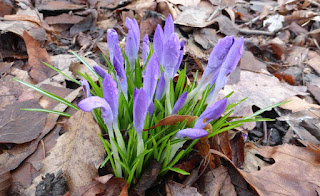 It was a grey, damp February morning when we set off from Brent Cross in north London to follow the Dollis Valley Greenwalk as far as Woodside Park. It had been raining the night before – the paths were muddy and the stream was in full spate, carrying fallen branches and debris downstream. 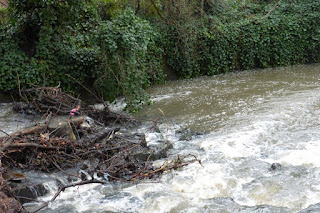 But everywhere were early signs of spring. Crocuses were pushing their way up through the carpet of leaves and nestled under the trees some tiny double snowdrops had emerged. 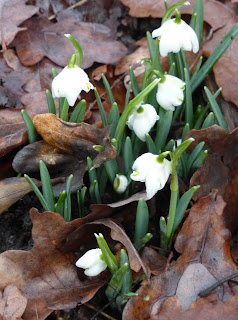 Birds were out too, paddling through the water in search of food.

We even spotted an egret. 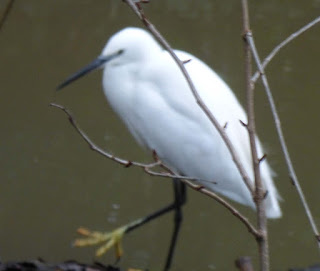 The Greenwalk runs for about ten miles through much of the valley, linking areas of countryside and public spaces. It’s now surrounded by London suburbs, but you can still get glimpses of what the area was once like. The Abbots of Westminster had property there by 1284 AD, and the Decoy Ponds, at the north end of Brent Park, are thought to be remnants of a lake created by them as a duck decoy. 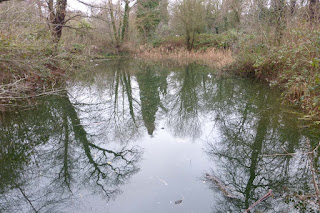 In the 18th century a stuccoed mansion, Brent Bridge House, later the seat of the Whishaw family, was built just north of the stream next to Decoy Wood, and some of it survived as part of the Brent Bridge Hotel. By the bridge are two picturesque but rather dilapidated pavilions that may have heralded the entrance to the property. 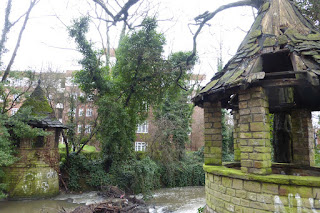 An Ordnance Survey map of 1900 shows both the mansion and, on the south side of the stream, Brook Lodge, once a farmhouse but converted to a gentleman’s residence by Charles Whishaw shortly before 1828. It was demolished in 1935, after serving as an annex to the hotel.

Following the Dollis (now a brook) north, we came to the 13-arched viaduct that soars up 60 feet above Dollis Rd and is the highest point on the London Underground system. It was built in 1863 as part of the Edgware, Highgate and London Railway and originally provided a link to the rail network for steam trains. A triumph of Victorian engineering, it is still in service, now carrying Underground trains on the Northern Line to Mill Hill East. 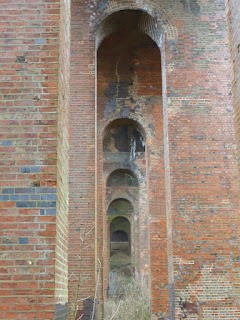 Windsor Park is also part of the Greenwalk. There we found a memorial stone to Flying Officer Kenneth Charles Legge, of 571 Squadron. A former resident of Village Rd, Finchley, he took off from RAF Oakington in Cambridgeshire on Feb 6 1945, piloting a Mosquito plane on a bombing mission to Berlin. But that was the last time he was seen – he and his plane vanished without trace. 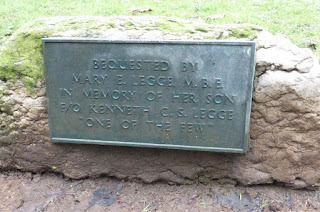 The memorial was erected by his mother, Mary Elizabeth Legge. A Google search reveals that it was a second tragedy for the family - Kenneth Legge’s wife, Ruby, had been among the hundreds killed in a devastating bombing raid on Manchester on December 23, 1940. 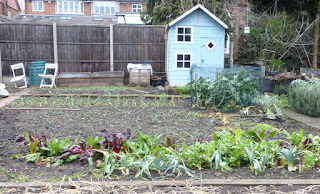 To the north of Windsor Park, still following the Dollis, are the Fursby Avenue allotments. It was encouraging to see evidence of dedicated gardeners having being hard at work, despite the weather, and at least one walker in our group left determined to go home and get to work in the garden, repairing some of the winter's ravages.
Posted by sandra at 13:39:00 No comments: