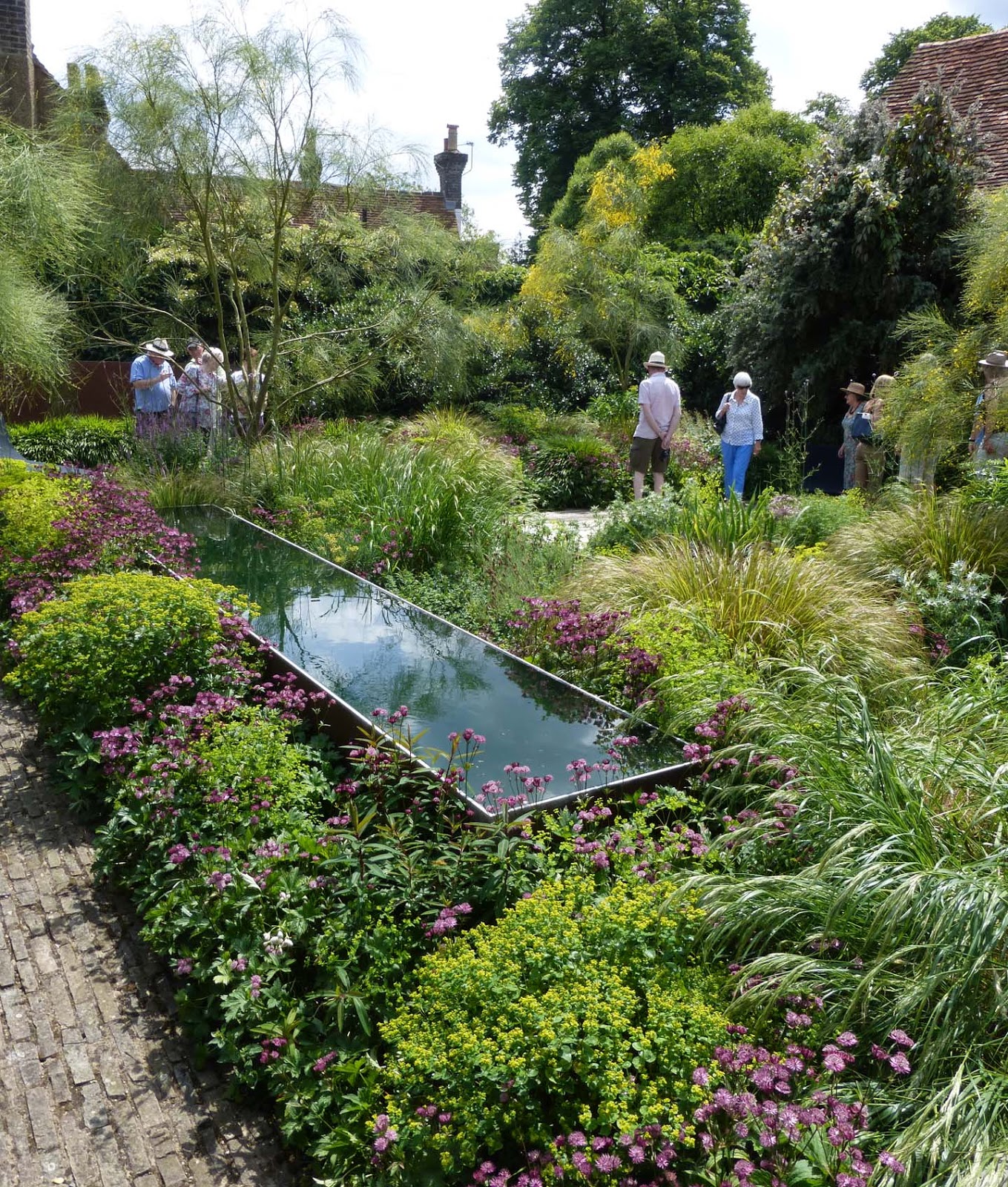 One of the best things about going to Yellow Book gardens (which open to raise money for charity under the National Gardens Scheme) is the way they are brimming with inspiration. Last weekend I went up to Hertfordshire to see what Tom Stuart-Smith had created at his family home at Serge Hill, and came away with many photographs and notes of the eye-catching plant combinations – and a euphorbia I had coveted since seeing it at Hidcote.
In his Barn Garden (left) he uses elements from the Daily Telegraph garden he created for Chelsea.The lime green of the euphorbia contrasts beautifully with a deep pink astrantia.

I loved the way the colours of these delphiniums and cranesbill geraniums play against each other. 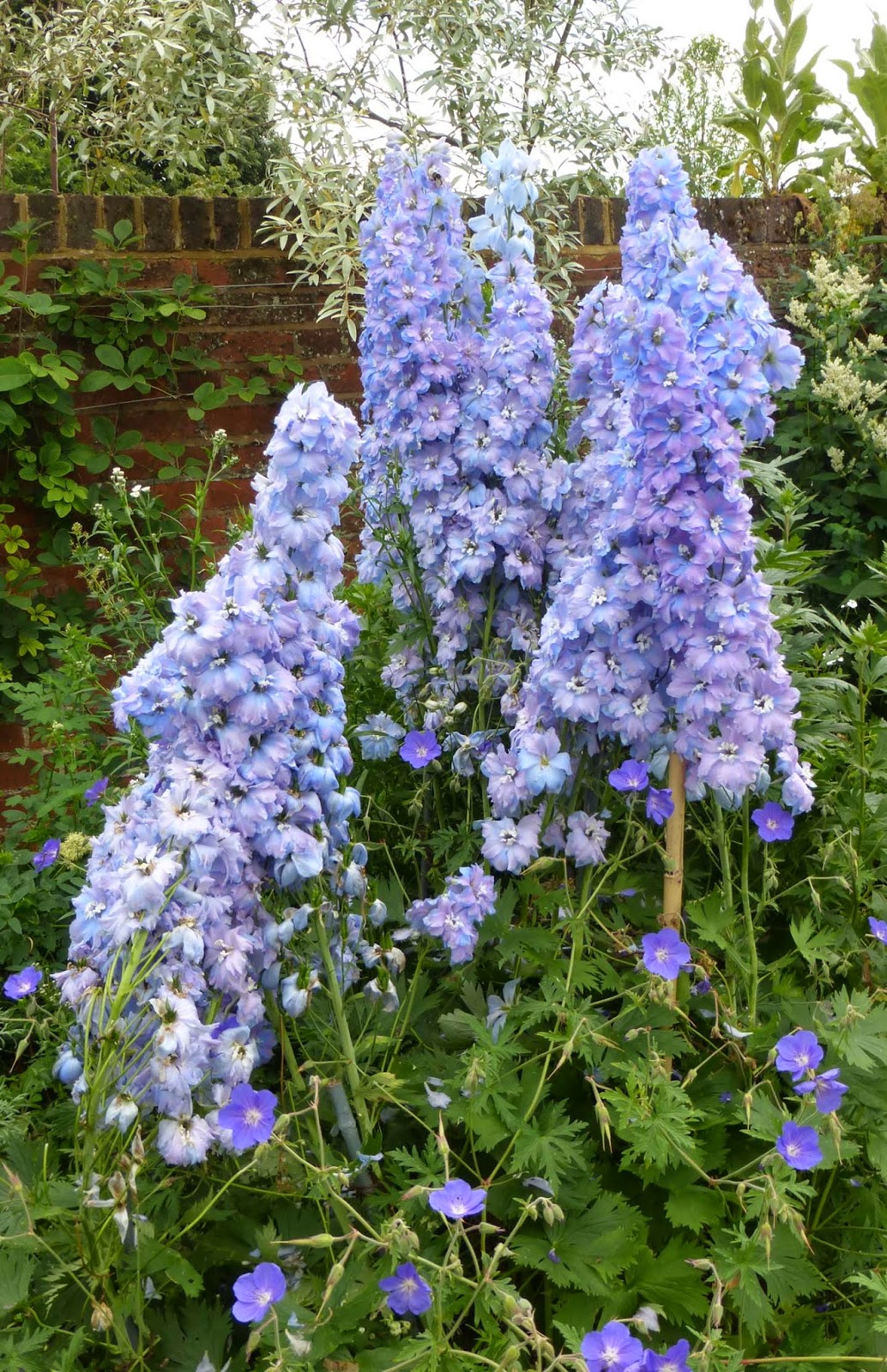 This striking vista was created by hornbeam hedges - but would be too much work for me. 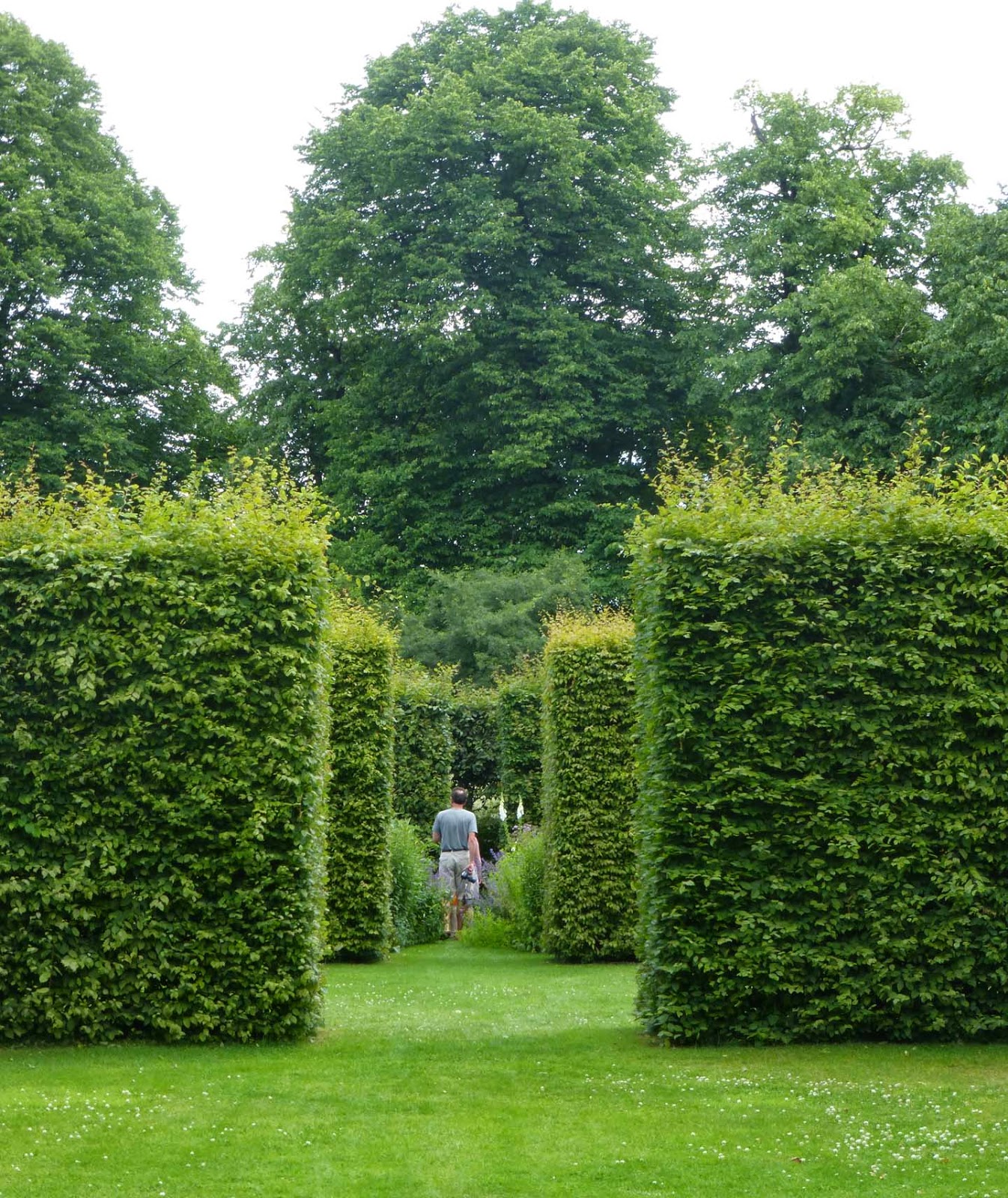 This Sunday, June 29, the excitement moves to our part of London. Some neighbours, Chris and Miranda, are opening their garden  at 208 Walm Lane, NW2 3BP from 2pm to 6pm. It’s a tranquil oasis with island beds, deeply planted borders and a mini-woodland area with rhododendrons, ferns and hostas. Admission £3.50, children free. http://www.thegardennw2.co.uk/page2.htm

Then on Sunday, July 13 we have three local openings, with a combined entry ticket of £7.
-- Jim and Elayne’s garden at 58a Teignmouth Rd, NW2 4DX, has evolved over the past eight years to become a haven for bees and wildflowers. There’s a lily pond with frogs and newts and a large pergola covered with wisteria, climbing roses and clematis.The garden was recently filmed for a future television series and has wheelchair access. http://www.ngs.org.uk/gardens/find-a-garden/garden.aspx?id=22805
-- Helen’s garden at 121 Anson Rd, NW2 4AH, open from 2pm – 5.30pm, is a lush country-style creation brimming with colour and year-round interest and surrounded by mature trees and shrubs. There are more details at http://www.ngs.org.uk/gardens/find-a-garden/garden.aspx?id=21189
-- The third garden, at 27 Menelik Road, is also open from 2pm to 5.30 pm. It has an Oriental corner with 'cha shit su' (tea house), large twisted robinia, pagoda and cloud pruned trees. The piazza is enclosed by formal bay trees, lush hostas and banana plant. http://www.ngs.org.uk/gardens/find-a-garden/garden.aspx?id=25276

Happy garden visiting!
Posted by sandra at 00:26:00 No comments: 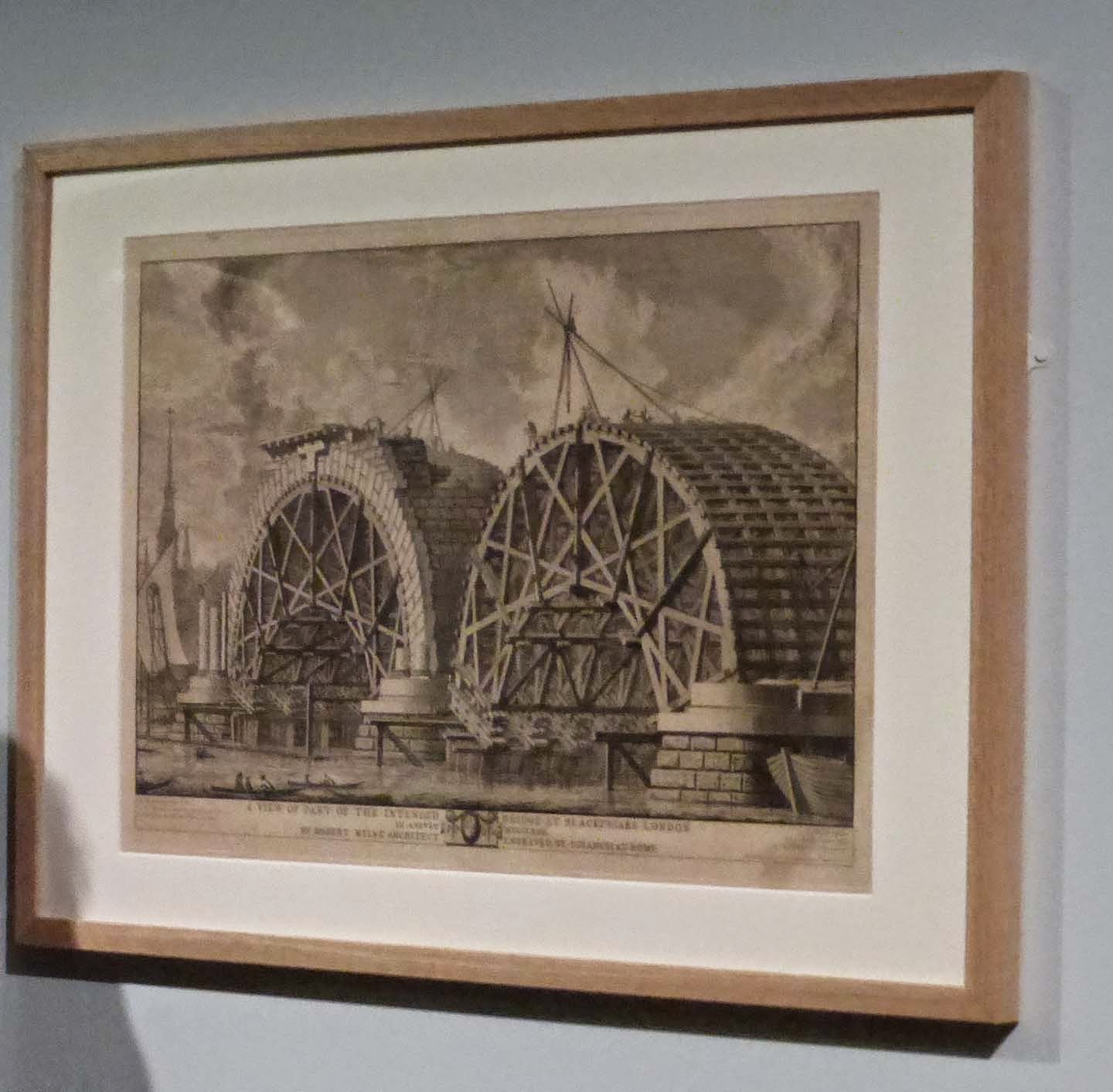 London’s bridges, old and new, are celebrated in a new art exhibition at the Museum of London Docklands. Using works from the museum’s collections – and with loans from contemporary artists – Bridge features paintings, prints, drawings, photographs and film, some of which have never been on public display before.
Among them is a print by Piranesi (left), dating from 1766, of the original Blackfriars Bridge under construction. There's also a chance, for the first month, to see a rare and fragile photograph by William Henry Fox Talbot of the original Hungerford Bridge in 1845, the year it was completed.
Of especial interest is a visualisation of Thomas Heatherwick’s proposed Garden Bridge which would link the South Bank and Temple. (The design has now gone to a planning committee. Fingers crossed it goes ahead.) 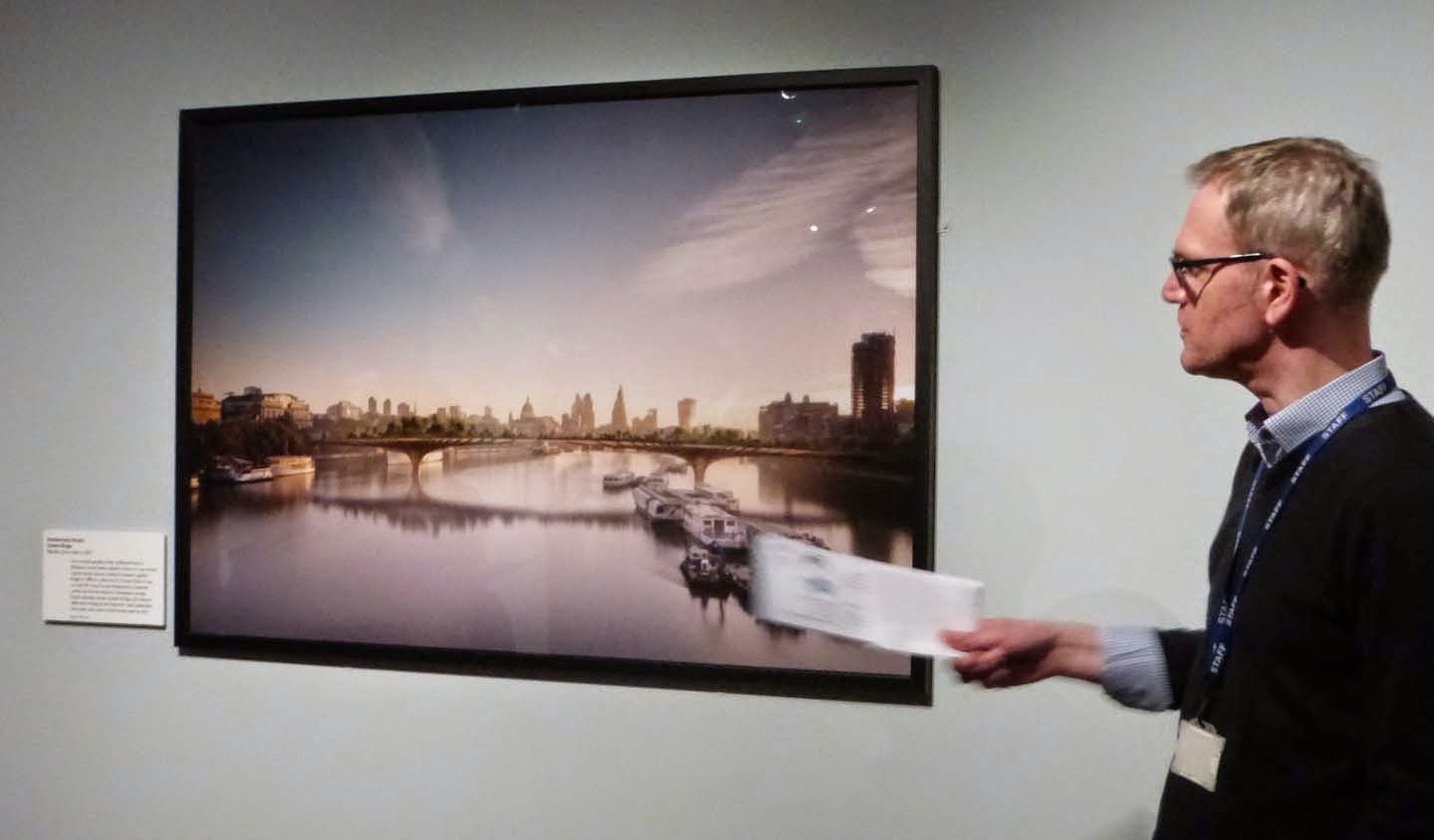 Exhibition curator Francis Marshall (above, with the Garden Bridge) says to cross the Thames by bridge is to really see the city. “The bridges give a view of the capital impossible to appreciate from its jumbled medieval street plan.  Most of the time we are in a maze of streets and the city reveals itself in fragments. But on a bridge, iconic views of St Paul’s Cathedral and the Palace of Westminster become possible.”
Should the exhibition inspire you to find out more, the museum’s 3rd floor tells the story of London’s bridges in depth with a lively introduction by Time Team presenter Tony Robinson. You can learn about the wooden bridge built by the Romans shortly after they invaded in AD31 (just to the east of today’s London Bridge), see a model of the first stone bridge, completed in 1209 and lined with buildings, including a chapel, and get an insight into the feat of Victorian engineering that is Tower Bridge, currently celebrating its 120th anniversary. 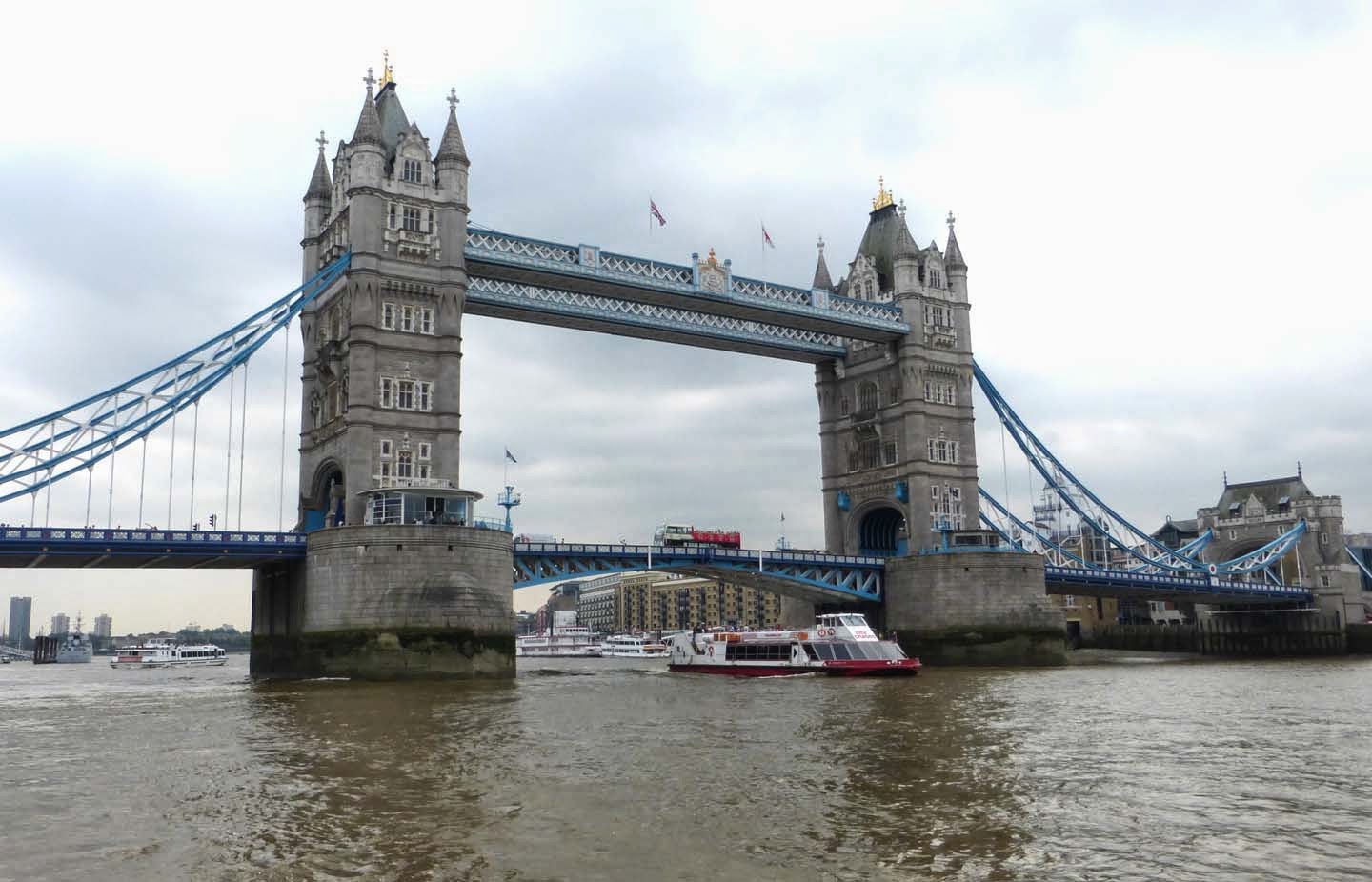 The week before the exhibition opened, the museum, with historian Dan Cruickshank, hosted a river trip on a Thames Clipper that gave a detailed look at some of the bridges.  See it at http://www.youtube.com/watch?v=to1FivkbQ54

Bridge runs until November 2 and entry to both the exhibition and the Museum is free. http://www.museumoflondon.org.uk/bridge 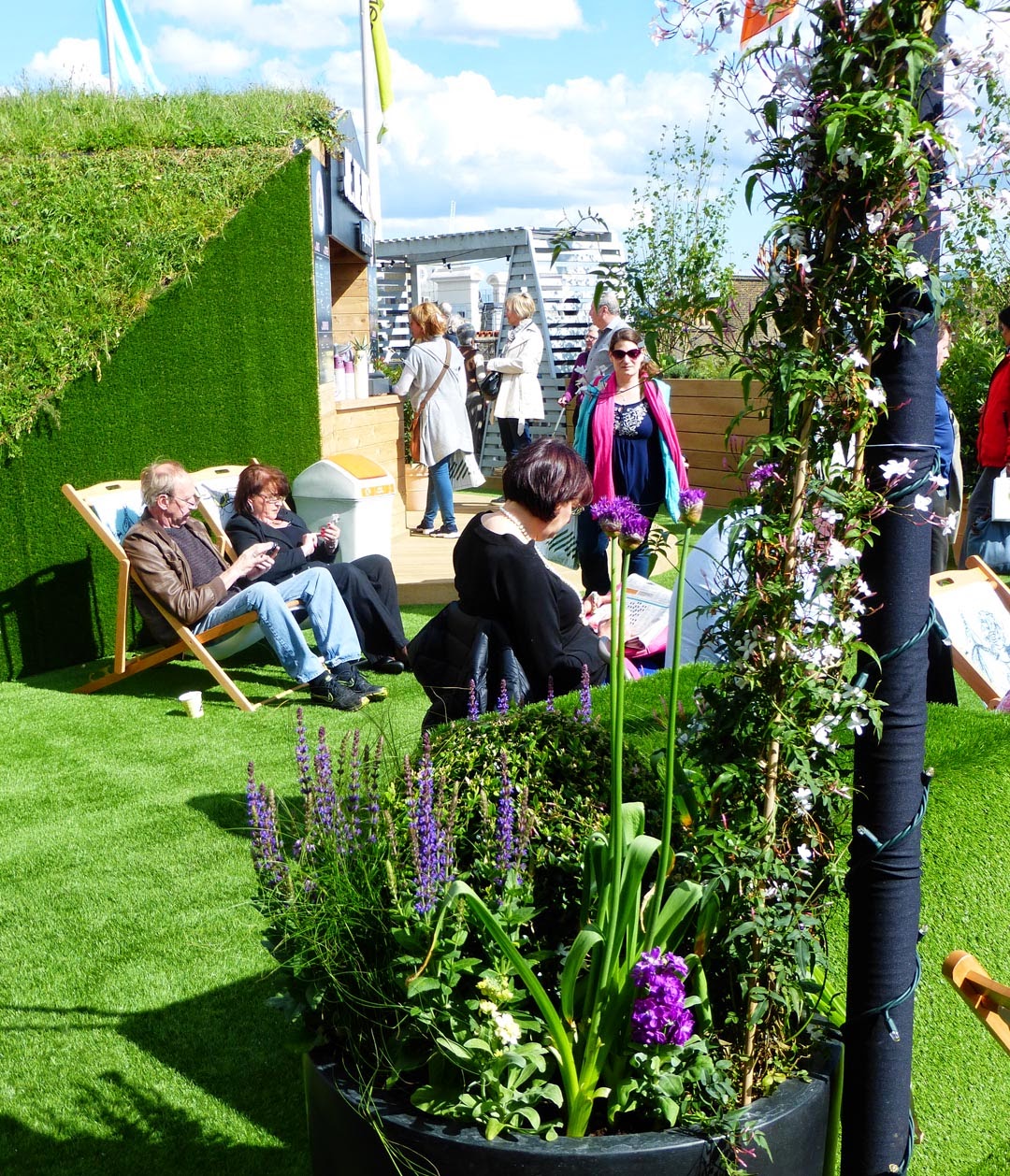 John Lewis is marking its 150th anniversary with a present to customers - the department store has created a public garden on its roof. There, surrounded by colour and scent, shoppers can escape the bustle of Oxford St and enjoy a bite to eat along with a tea, juice or coffee. Peek over the beautifully-planted containers, and there’s a sweeping view across the city rooftops. 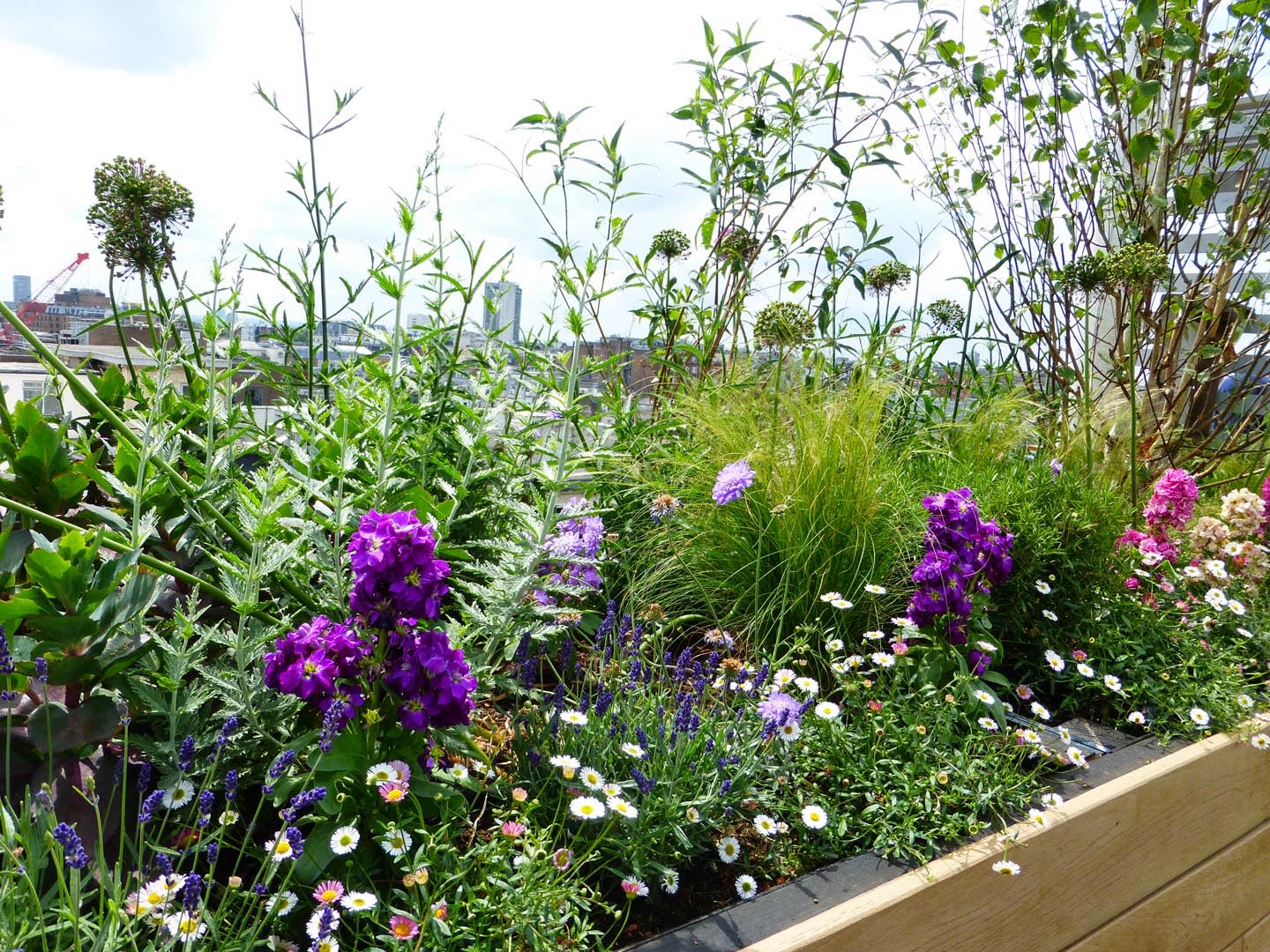 The garden was created by Tony Woods, RHS Young Garden Designer of the year 2013. It’s a mixture of traditional and contemporary. Old favourites such as roses and lavender mix with blocks of textural grasses and wild flowers, and the nectar-rich planting has lured in bees, adding their gentle buzz to this urban oasis. 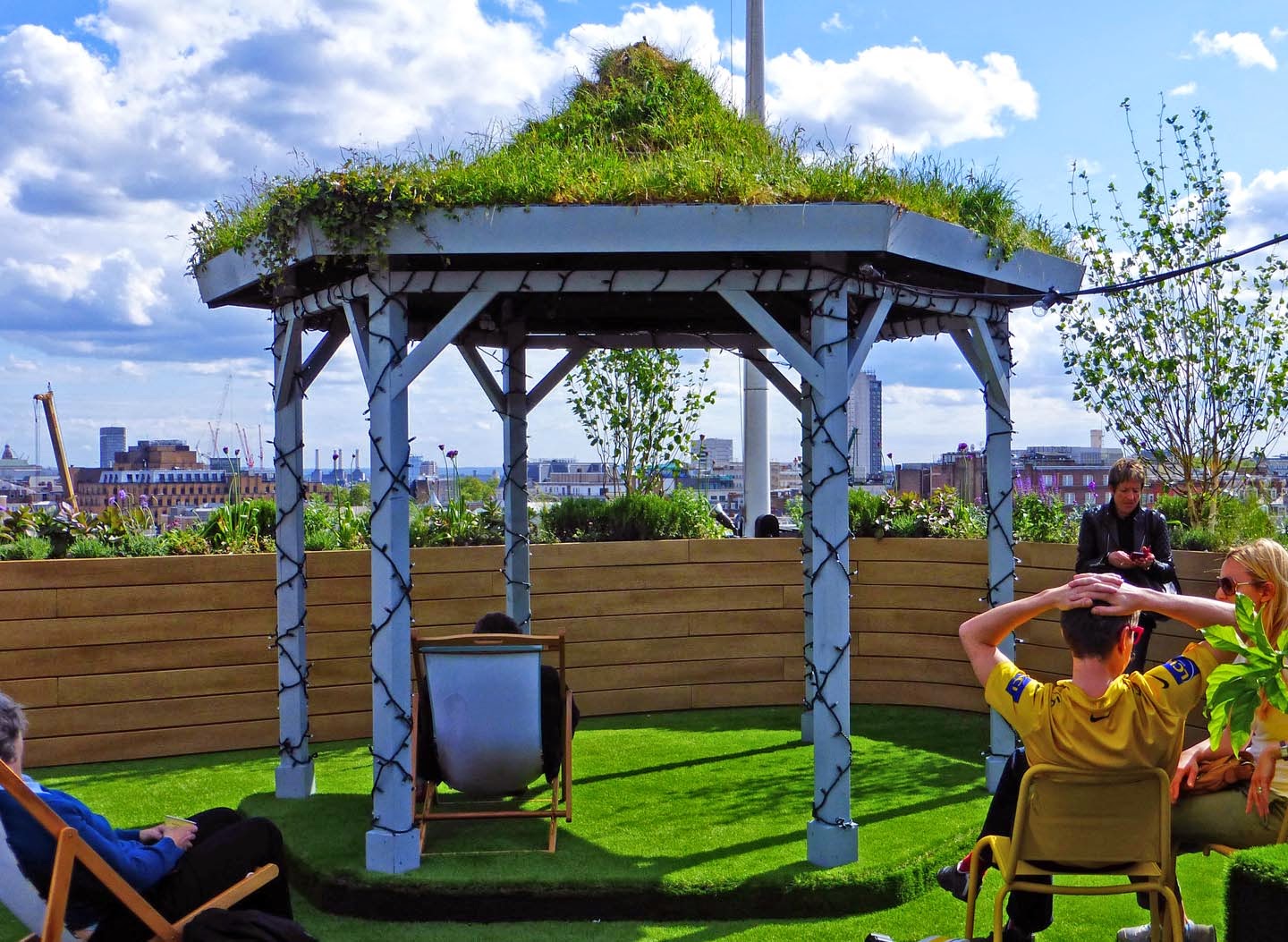 Features include a gazebo with a planted roof, greenhouse, living wall, lawn, and some eyecatching chairs for relaxing. 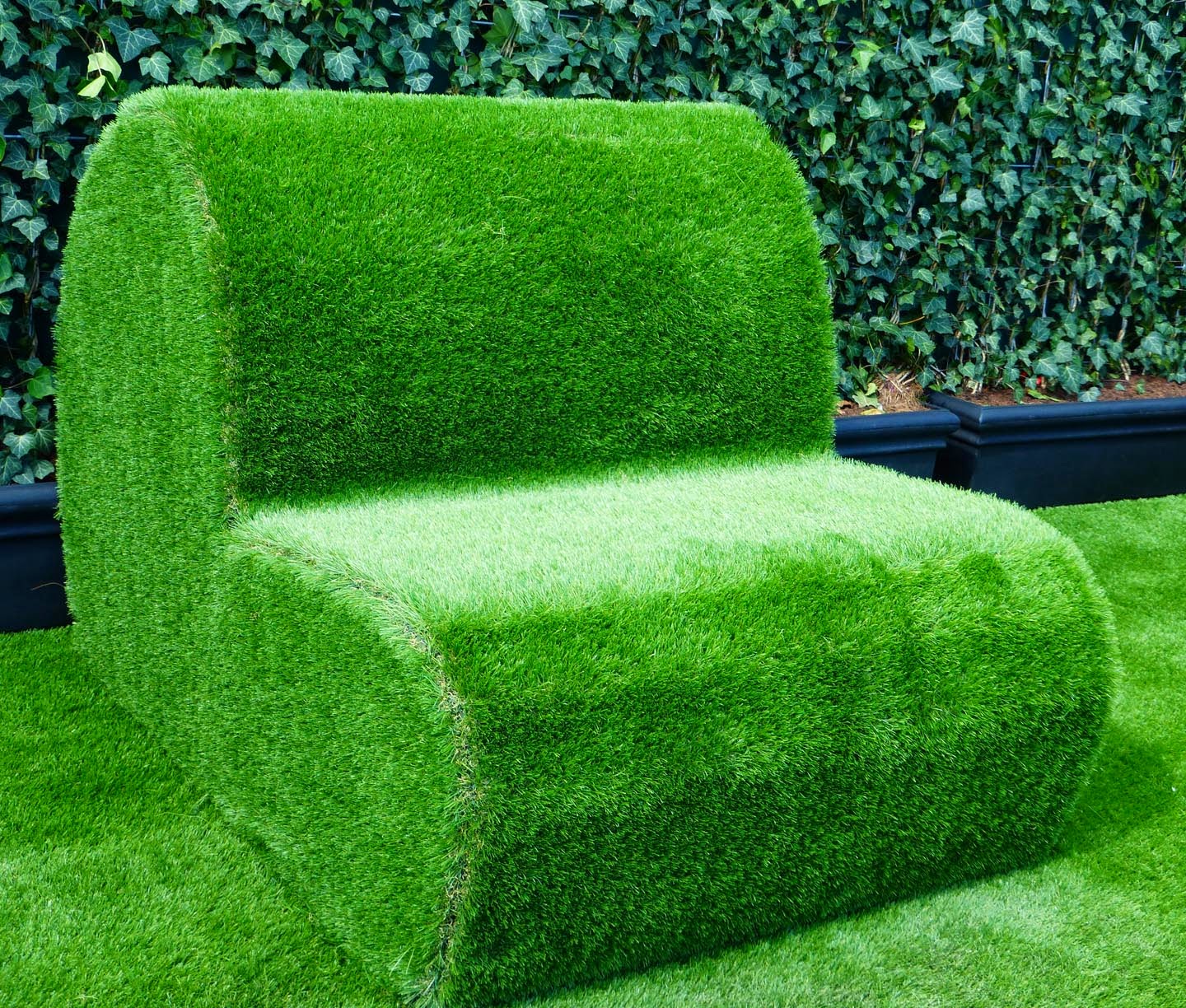 I’ve been there a couple of times now, and judging by comments in the visitors’ book,  the project has legions of fans. Please John Lewis, can you make it a regular summer feature?

The Roof Garden is accessible through the shop (stairs from the 4th floor) and is open daily 10am – 4pm (Sunday 11.30am - 4pm) until the end of August.
http://www.johnlewis.com/our-shops/oxford-street/oxford-street-roof-garden